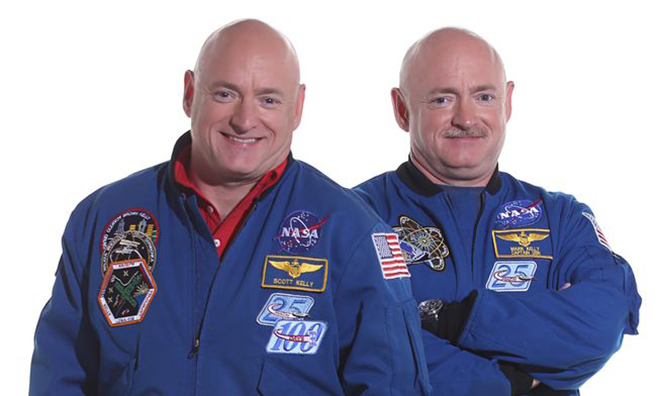 NASA published new results of the “Study of the Twins”, which lasted a year. The results puzzled scientists.

The first of its kind to study the genetic impact of space on the human body appeared when astronaut Scott Kelly was selected for a mission to the International Space Station from March 2015 to March 2016. His monotonous twin Mark Kelly, also a former NASA astronaut, remained on Earth.

During a mission a year on board the ISS, researchers from 12 universities analyzed the biological samples of both brothers to measure the genetic changes that could occur.

Previous research findings have shown that space travel is the cause of methylation, a process that turns genes on and off.

“One of the most exciting facts we’ve discovered while studying gene expression in space is that, an explosion similar to a flaming fireworks that happens as soon as a human body enters space,” says mission chief scientist Chris Mason. – During this research, we saw how thousands and thousands of genes start to turn on and off in a new way. This happens as soon as astronauts get into space, and some activity is temporarily retained even after returning to Earth. ”

The most surprising part of the study is the changes in telomeres. These are the “caps” on the ends of DNA that protect our chromosomes. They are associated with aging, as the length of our telomeres decreases when we age and experience the influence of factors such as stress, smoking, and lack of exercise.

Prior to the study, scientists assumed that the stress of living in space would cause Scott’s telomers to contract in comparison to his brother’s telomeres. Instead, much to their surprise, the telomeres in Scott’s white blood cells grew.

When Scott returned to Earth, his telomeres quickly returned to their previous level. NASA believes that the increase is due to the low-calorie diet and strict exercise regimen that Scott adhered to while on board the ISS.

Other results are a change in the ratio of the two prevailing species of intestinal bacteria in Scott Kelly. While he was in space, one species prevailed over the other. On Earth, however, the proportions returned to normal. Researchers who performed genome sequencing in twins also found more than 200,000 RNA molecules, which the brothers expressed in different ways. Current theories offer various explanations for the phenomenon – from the influence of microgravity to nutrition by frozen dehydrated foods for 340 consecutive days.

The main secret is a change in methylation, a process that controls chemical changes in DNA. In space, the level of methylation of Scott decreased. At the same time on Earth, Mark’s level, on the contrary, increased. According to NASA, such results may indicate that “genes are sensitive to a changing environment, be it Earth or space.”

NASA will publish its final results of the “Study of the Twins”, including physiological and psychological research, in 2018.