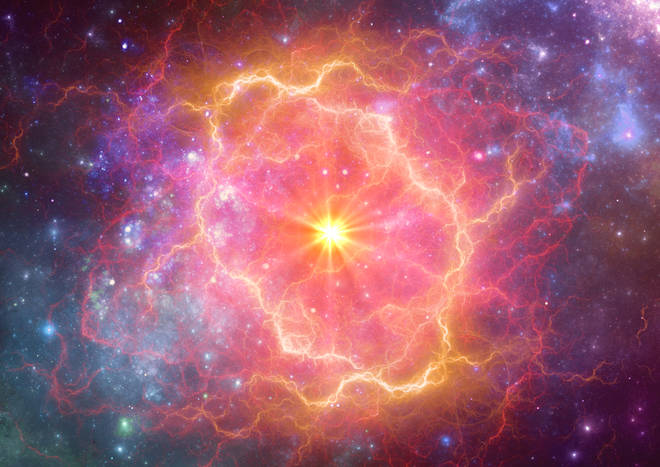 Adrian Melotte from the University of Kansas in Lawrence (USA) and his colleagues conducted a study, trying to figure out what impact supernova explosions had on the development of our planet. Two years ago they found evidence that 2.6 and 8.7 million years ago the surface of our and other planets of the solar system was “attacked” by supernova rays. Traces of iron-60 were found in samples of lunar soil brought to Earth by the Apollo mission, as well as at the bottom of the oceans – this atom appears only inside supernovae that could be located at relatively close distance, 150–300 light years from Earth. The outbreaks were supposed to affect the thinning of the ozone layer, accelerating the evolutionary processes on Earth.

According to Melotte, sedimentary rocks all over the planet, 2.5 million years old, contain soot and charcoal, which indicate a large number of fires during this period. This may explain the ionization of the atmosphere during that period, which also affected the life of the ancestors of modern man. It was during this period that the first representatives of the genus Homo should have appeared. Cosmic rays from supernovae increased the ionization of the atmosphere, the number of ions in the lower layers increased 50 times – the most powerful particles after the explosion of a star could reach the surface of the planet, knocking out electrons.

The ionization of the atmosphere is directly related to electrical conductivity – an increase in the number of charged particles should have increased thunderstorms and made them more frequent. But this is not all: according to scientists, cosmic rays and ionization impacted lightning, making them “vertical”, forcing them to strike the earth more often. This, in turn, could lead to massive fires – forests burned, turning into savannas, where human ancestors began to live.

In the foreseeable future, nothing of the kind can happen – there are no stars close to the Earth (at a distance of 150 light years) that are close to the supernova stage. But solar flares are quite capable of affecting the ozone layer and modern electronics.