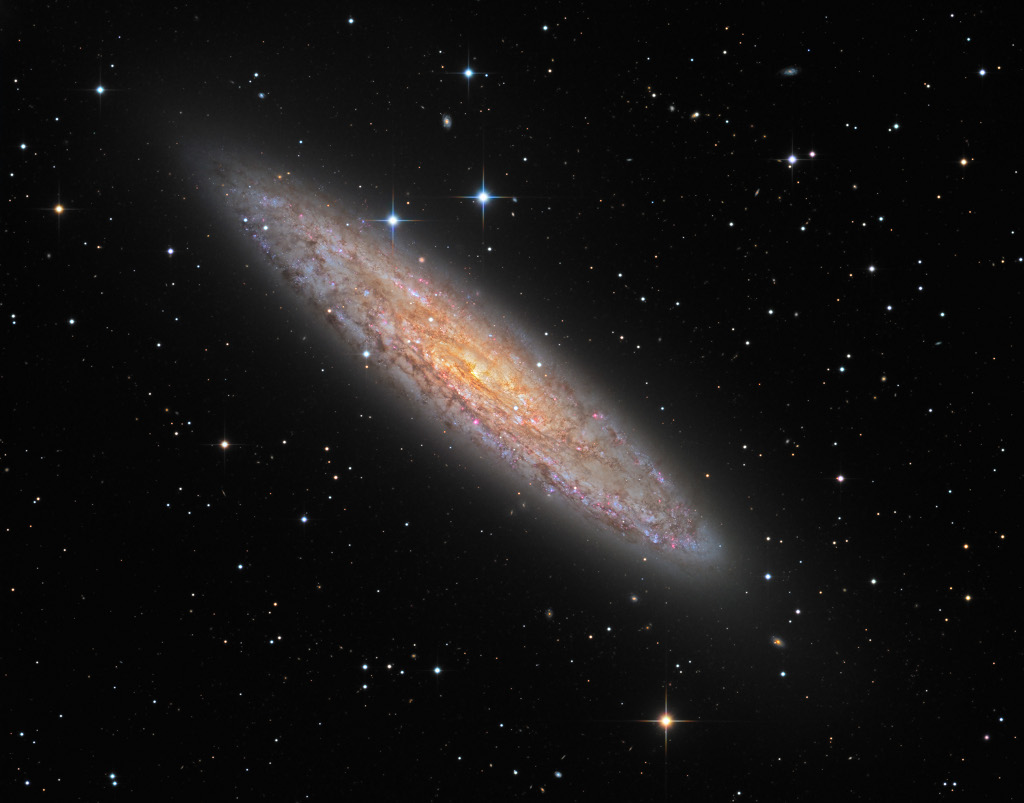 Astrophotographers Dyetmar Hager and Eric Benson have cooperated in common to watch a fine spiral galaxy of NGC 253. It is a galaxy with a crossing point which has been opened by the female astronomer and the mathematician Carolina Gershel in 1783. This galaxy is in the southern constellation of the Sculptor. She is known for the powerful star formation which happens in spiral sleeves of this galaxy.

This bright space object is also known under the designations ESO 474-29, MCG-4-3-9, UGCA 13, PGC 2789. The galaxy is located at distance of 8 million light years from Earth. Near the center of a galaxy of NGC 253 the space observatory of Chandr has found unusual concentration of sources of x-ray radiation. 4 similar sources which are black holes have been in total found and are located near NGC 253 kernel.