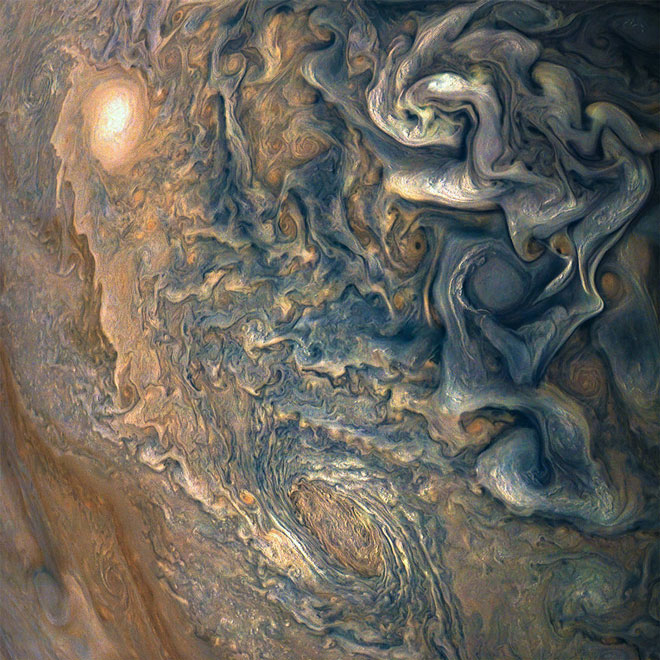 The space probe “Juno” was at a distance of one diameter of the Earth from Jupiter, when he made this inspiring snapshot of the atmosphere of the planet.

In the upper right corner of the picture you can see the “terminator” (a shadow on the planet that signifies that the day is over and the night begins), but you can not see the limb (the visible edge of the surface of the celestial body).