Telescope Chandra discovered the traces of a deceased exoplanet 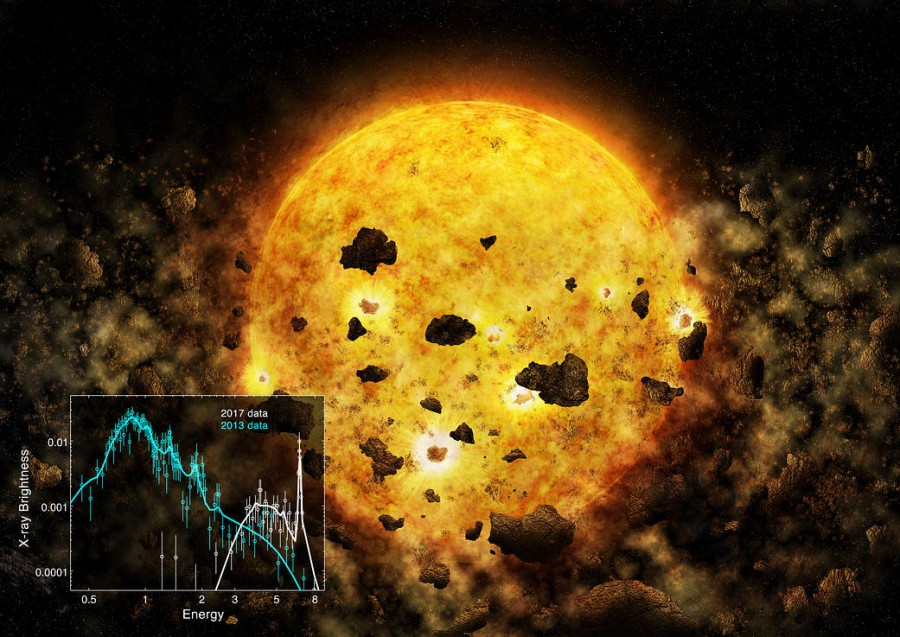 At first glance, RW Aur A seems quite an ordinary young star. Its age is several million years, it is still surrounded by a gas-dust disk. RW Aur A is located at a distance of 450 light years from the Sun in the molecular cloud Taurus-Chariot. This is a true starry nursery, where hundreds of new luminaries are being formed right now.

Back in the 1930s, astronomers paid attention to periodic changes in the brightness of the RW Aur A. Every few decades, its brightness decreased slightly, and a month later returned to its previous level. But in 2011, the behavior of the star suddenly changed. This time its “eclipse” lasted 6 months. As early as 2014, the star faded again. By November 2016, the shine of RW Aur A returned to its original state, but already in January 2017, it began to decline again. At the same time, the brightness of the star decreased not only in the visible range, but also in the X-ray part of the spectrum.

To uncover the mystery of the star, an international team of astronomers turned to the help of the X-ray telescope Chandra. He observed RW Aur A in 2013, when its brightness corresponded to the usual value, and during the eclipses of 2015 and 2017.

Chandra showed that the last drop in the brightness of the star is caused by a dense gas cloud. At the same time, the observation data for 2017 showed a strong emission of iron atoms. This indicates a sharp (at least 10 times) increase in the amount of iron in the disk around RW Aur A compared to 2013.

According to astronomers, the most likely explanation for the rapid increase in the concentration of iron is the consequences of the destruction of a large object. According to their calculations, two planetesimals recently collided in the RW Aur A system, at least one of which was comparable in size to a full-fledged planet. Cataclysm led to the formation of a large number of debris. They blocked part of the star’s light, and also enriched the surrounding disk with heavy elements. In the future, the fragments of planetesimals will be gradually absorbed by RW Aur A. 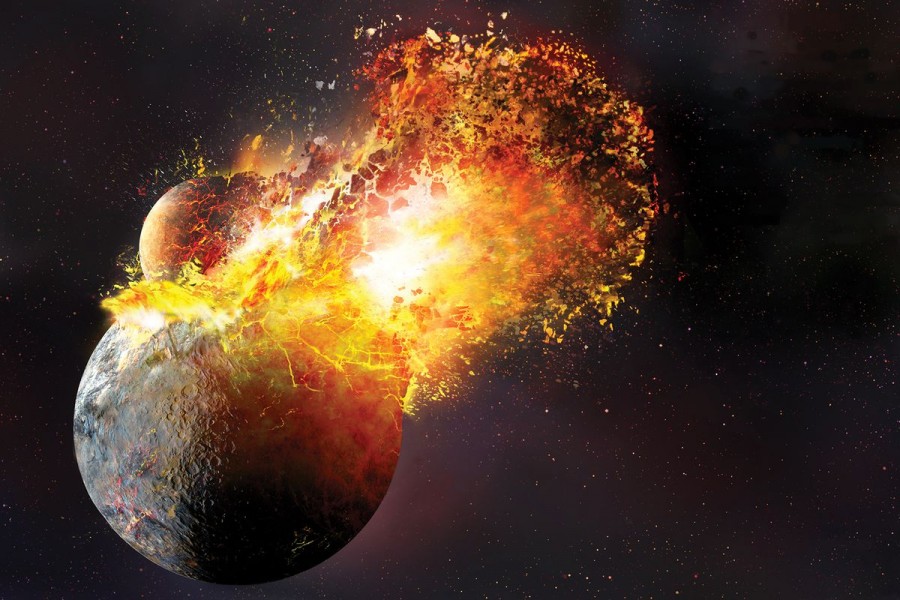 According to modern ideas, such incidents quite often occur at the early stages of the formation of stellar systems. But this is the first time that scientists may have seen the consequences of such an event. The astronomers plan to continue observing RW Aur A to confirm the collision.