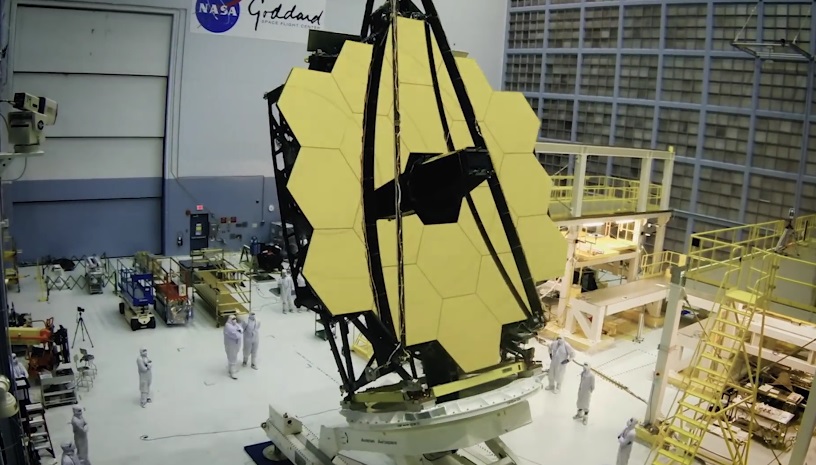 Telescope “James Webb” is an infrared observatory, which should replace the Hubble telescope in orbit. The composite mirror of the system includes 18 hexagonal mirrors with a diameter of 6.5 meters (a single Hubble mirror – 2.4 meters). Place “James Webb” is planned at the Lagrange point L2 of the Sun-Earth system, 1.5 million kilometers from the latter. It is expected that with the help of new equipment, he will collect data on exoplanets and relic radiation. Providing the telescope will allow you to simultaneously observe 100 objects in an area of ​​three by three angular minutes in high resolution. Its development continues from 1996, the launch is scheduled for 2018.

Previously, NASA conducted a pre-test and told about the first goals of “James Webb”. July 10 engineers began the final test of the system – it was placed in the Chamber Vacuum Chamber Chamber A on the territory of the Space Center of Houston. Inside the latter, the telescope is located on a steel platform that hangs on six anti-vibration mountings. Within ten days, scientists evacuate the air and then cool the structure to 37 Kelvin (-236 degrees Celsius) – the second phase will take about a month. The test will last 100 days; At this time, the status of “James Webb” will be monitored by temperature sensors. Simulation of the conditions of open space is necessary for testing scientific instruments. 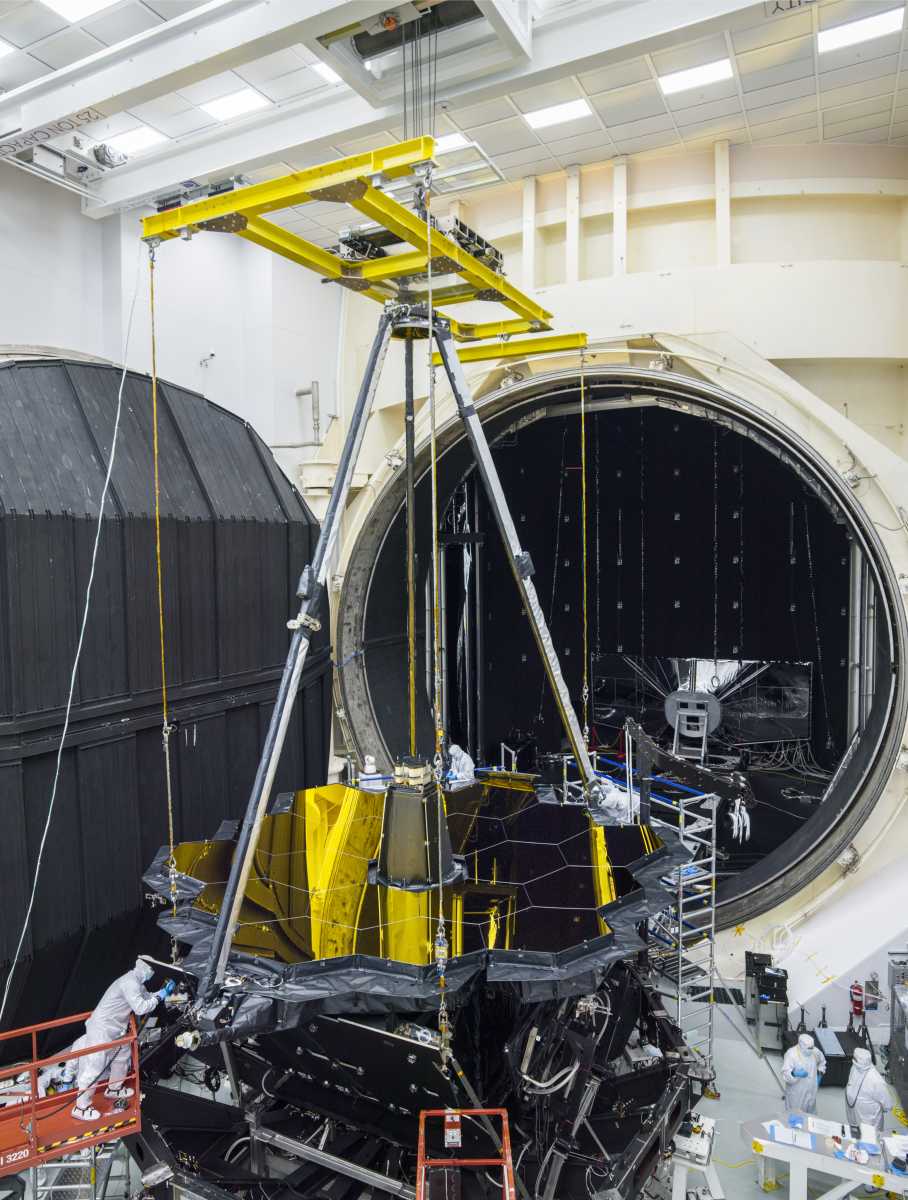 Putting the telescope in a thermovacuum chamber / © NASA

In addition to troubleshooting, cooling equipment is important for modeling upcoming studies: it will allow optical systems to register infrared radiation from extremely remote space objects, including the early Universe. As under the influence of extreme conditions the telescope behaves, however, it is not known – for example, in a similar environment, spontaneous occurrence of cold welding is possible. In the chamber, the temperature is lowered by two casings, in which helium and nitrogen are circulating, and the possible “freeze” of “James Webb” is made by a five-layer heat shield. Briefly about ten unusual facts related to the mission, read in our material.

The project is being implemented with the participation of 17 countries under the leadership of NASA, ESA and the Canadian Space Agency (CSA). The distribution of James Webb’s time is based on applications from research groups. Approximately ten percent of the time and priority will be given to the teams that helped in the development. The implementation of their programs and suggests a list of the first objectives of the device. Depending on the objects of observation, the list is divided into ten thematic blocks: objects of the Solar system; Exoplanets; Brown dwarfs; Protostars and protostellar disks; Residual wheels; Star formation regions; Galaxies; Clusters of galaxies; Quasars; Far space.

Transportation of the telescope to the Space Center of Houston / © NASA