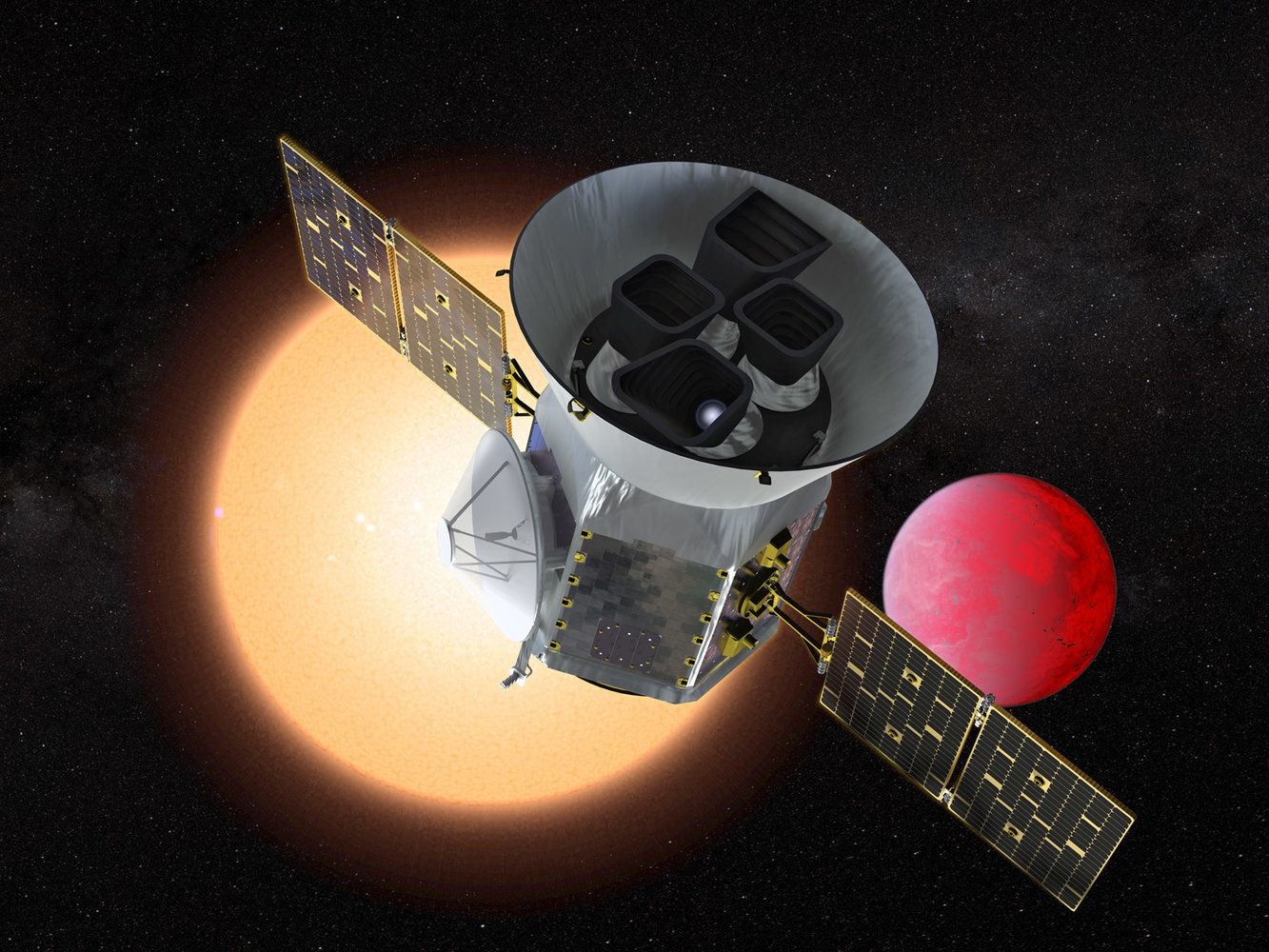 The newest mission of NASA to search for exoplanets reported the discovery of its first goal. It’s a super-earth, apparently, evaporating under the influence of its star.

The TESS space telescope was launched into Earth’s orbit on April 18, 2018 on board the SpaceX Falcon 9 rocket. The device analyzes several thousand brightest stars in the vicinity of the Sun and searches for small lacunae in brightness caused by the passage (or transit) of planets orbiting them. Astronomers have published a paper on a new discovery in the arXiv.org preprints database. Subsequently, the study will appear in the journal The Astrophysical Journal Letters.

The scientists examined the TESS data and discovered a new exoplanet revolving around the star of the Table Mountain, known as HD 39091 and located 59.5 light years from Earth in the constellation Table Mountain. This star is a yellow dwarf similar to the Sun, and the second in brightness from the famous stars around which the planets revolve.

Previously, researchers discovered next to the Table Mountain of the gas giant about 10 times more massive than Jupiter. This planet, called π Table Mountain b, has an eccentric oval orbit that lies about three astronomical units from the star.

Snapshots of the area surrounding the Table Mountain / TESS / NASA

Now, astronomers have registered a new world next to π Table Mountain – a planet that is about 2.14 times larger than the Earth in diameter and 4.82 times more massive than it. This super-earth, called Mountain Table c, rotates in orbit at 0.07 au. from the star – 50 times closer than is Mercury in relation to the Sun.

The density of the Table Mountain, c, corresponds to a picture in which “the whole planet consists of water,” as the lead author of the study, Chelsea Huang of the Massachusetts Institute of Technology, states. But it is quite possible that it has a stony core and an extended atmosphere of hydrogen and helium.

“We also believe that this planet can evaporate right now, given the intense radiation it receives from the maternal star,” Huang explains.

Future research can focus on exploring the unusual location of the two planets π Table Mountain. The oval orbit of the Jupiter-like Table Mountain is very different from the round orbit of the giant. Scientists believe that this may indicate something in the history of the planetary system that has changed the orbit of the exoplanet.

“If so, how did the internal system survive? These questions require further study, and their understanding will help us learn a lot about the theory of planet formation, “Huang assured.