Telescopes have detected a surge of radio signals from space 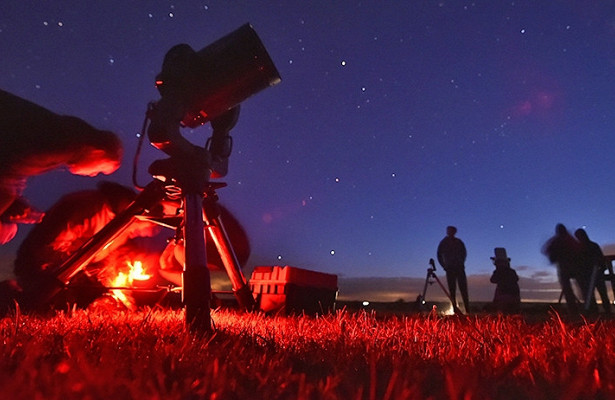 Australian astronomers have announced that telescopes have discovered a huge number of unknown radio signals that come from deep space. Such flashes are one of the most mysterious phenomena in the Universe.

For the year, researchers recorded 20 radio bursts, whose power is equal to the energy produced by the Sun for 80 years. This number is almost two times more than the number of such signals recorded since 2007, that is, since their discovery.

More advanced instrumentation has helped scientists discover new flashes. Thanks to her, it became known that the signals do not come from the region of the Universe in which our galaxy is located. They overcome billions of light years, from time to time distorting, passing through clouds of gas. Using this fact, astronomers have suggested that signals come from the center of the universe.

Scientists from Harvard University hypothesized that these flares are leaks from the huge emitters that on Earth are used to promote spacecraft on solar sails in space. Other theories include black holes, dense stars, colliding with each other and even extraterrestrial intelligence.

Experts hope that the fixation of new signals will allow to detect the missing substance in the space between the galaxies. Currently, astronomers are working to determine the exact source of outbreaks. Phenomena can be one of the ways to study the early stages of the life of the Universe, writes the Independent.

Earlier News.ru wrote that the dwarf planet Ceres closest to the Sun changed the axis of rotation. According to planetary scientists from the United States, the change in the inclination of the object occurred in several stages.