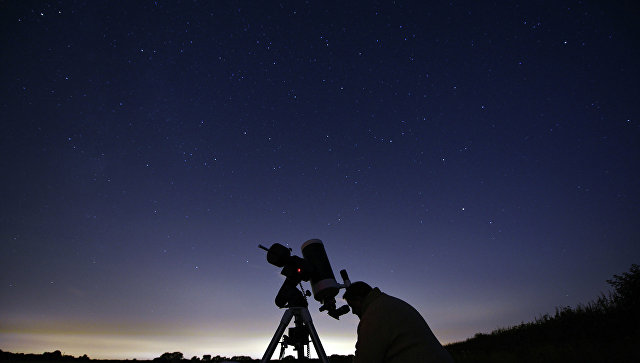 The Russian astronomers have no rather powerful telescopes yet to mark on approach to Earth small meteorites, professor of MSU and the head of global network of monitoring of space “Master” Vladimir Lipunov reported.

Earlier it was reported that the staff of the Khakass Ministry of Emergency Situations checks economy objects in the region after the appeared information on the celestial body which burned down in dense beds of the atmosphere.
“Russia the biggest country therefore the probability of fall to us is much higher, than at any other country of the world. Our telescope is on the southernmost tip of Baikal. Such objects call race cars and, most likely, it completely burned down during this flash. We could mark accidentally it, but to sense from this picture isn’t present as it entered the atmosphere and flashes”, – Lipunov told.

According to him, that astronomers could find a celestial body at distance of days of approach to Earth, it shall be of the size of the Chelyabinsk meteorite provided that doesn’t fly from the Sun.
At the same time, if the Russian scientists would have large telescopes, then a meteorite, similar to Chelyabinsk, it would be possible to find in a week and to notify the population, the scientist noted.

“We have a network of the Master telescopes into which five telescopes in Russia, in South Africa, on Canary Islands and in Argentina enter. They allow to open asteroids on approach. We try to find them for several days, but not all of them, fortunately, get to Earth. Meanwhile there aren’t enough capacities on the Earth’s surface, it is a lot of white spots because of the slow overview of the sky”, – Lipunov added.