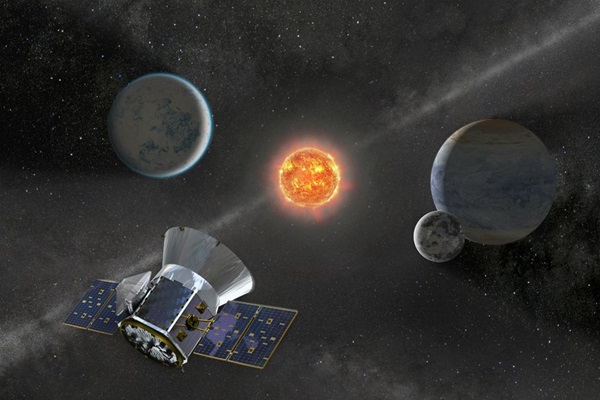 After the launch on April 18 of this year of a space exoplanet hunter named TESS (Transiting Exoplanet Survey Satellite), NASA specialists began to bet on how many planets can open their search probe during its operation. Let us also mention that TESS is going to search for previously unknown exoplanets by the transit method, as can be seen from the name of the comic apparatus. From English, its full name is translated as the Satellite for Monitoring the Transit of the Exoplanets.

According to scientists, the spacecraft for 2 years of its mission should detect about 10,000 planets in the orbits of bright stars. According to the researchers, less than 3,500 detected planets should be less than our Neptune.

By the way, the search for exoplanets as a new satellite should begin very soon.