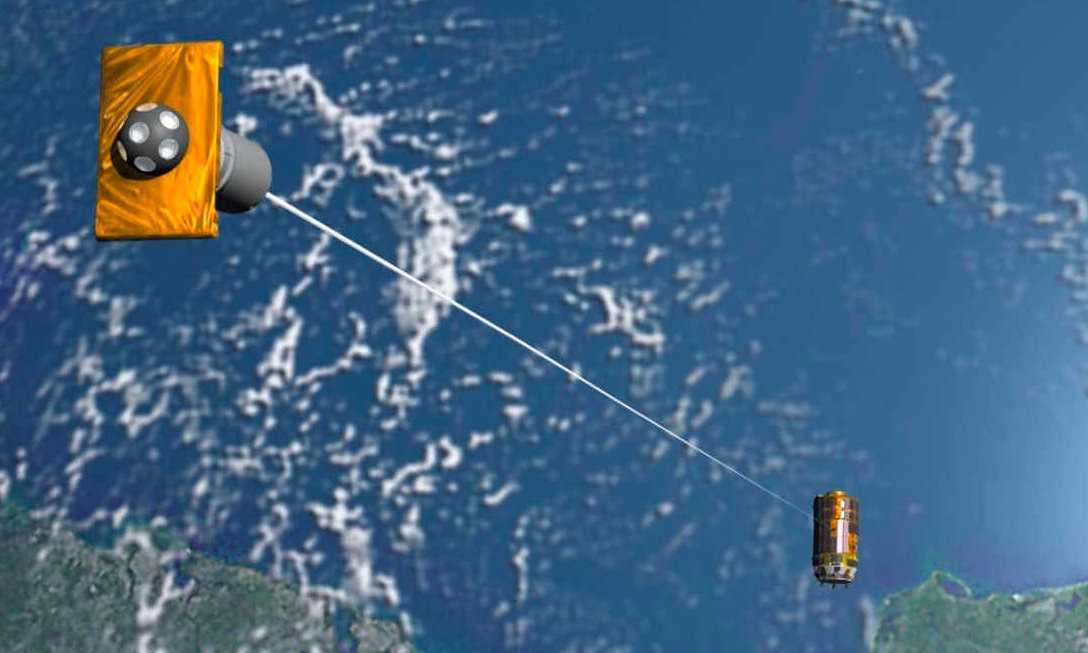 The Japanese authorities announced the failure of the mission to destroy space debris with electrodynamic “tether”.

Space debris consists of defunct man-made objects (e.g., satellites and pieces of space ships) that threaten existing devices. Now in low earth orbit is more than 200 thousand of such objects, this versatile collection techniques or destruction of space debris does not exist.

Under the new mission the Japanese aerospace exploration Agency (JAXA) has tested a system for the destruction of space debris, where the key element was the “rope” with a length of about 700 metres of aluminium and stainless steel. Release it was the ship “Kounotori-6”, pristykovatsya to the International space station (ISS) in December 2016.

It was assumed that the launch of electric current on the “rope” will reduce the speed of the object due to the electromagnetic field, then the debris will enter the dense layers of the atmosphere and burn up. To remain in connecting position “Kounotori-6” were in the week of 6 February it was planned disposal unit. Therefore, the test was given a short period of time.

However, during the tests the scientists, despite repeated attempts, failed to unlock “the rope”. According to lead researcher of the mission, Koichi Inoue (Inoue Koichi), the result was disappointing: “We have completed the mission without fulfilling its key tasks.” Previously, JAXA postponed the launch of the “mini-missiles” SS-520 satellite TRICOM1 due to weather conditions.