Thanks to Hubble, 5 new asteroids are discovered 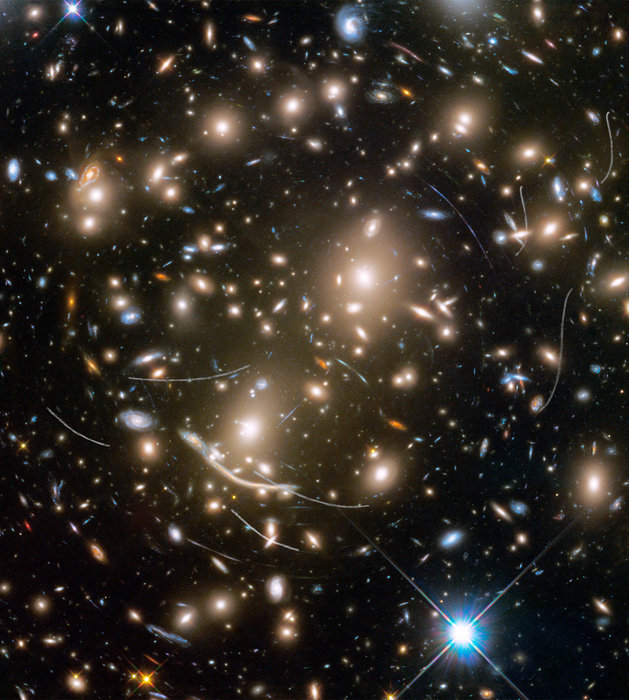 The study of photographs, made by the Hubble Space Telescope, led to a new unexpected discovery.

Stunningly beautiful galaxy cluster Abell 370 contains several hundred galaxies connected with each other by gravity. This cluster is located about four billion light years from us in the constellation of China, or as it is also called the Sea Monster. This huge galactic group is represented by a wide variety of galaxies.

Entangled among the galaxies are thin, white tracks that look like curves or S-shaped stripes – these are traces of asteroids.

Traces of these asteroids are clearly visible in the above image, which was created on the basis of several separate photographs of the Hubble Space Observatory. In total, scientists counted 22 asteroid here, five of which had never been seen before. Virtually thanks to Hubble’s photographs, the researchers discovered five new near-Earth objects at once.

Looking at the magnificent image, it seems that asteroids bombard the bright galaxies that make up the Abell 370.