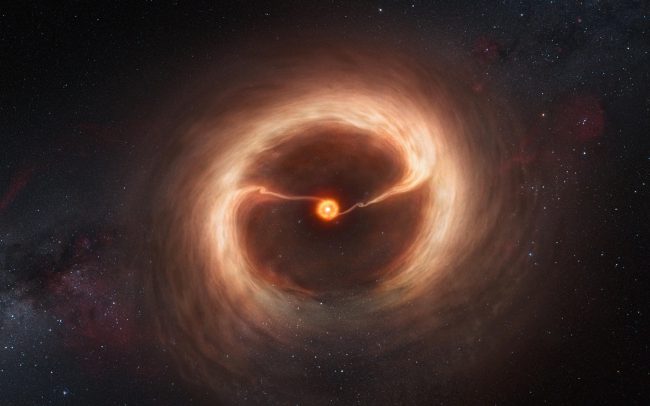 We know a lot about the cosmos, but since everything is relative in the universe, we can say with confidence that we know practically nothing about the cosmos. And it is not necessary that this is bad, because every new discovery still continues to cause us rapture and captures us at least until the next major discovery. Today, let’s talk about the top ten most interesting cosmic phenomena discovered recently.

Artificial “space shield” of the Earth 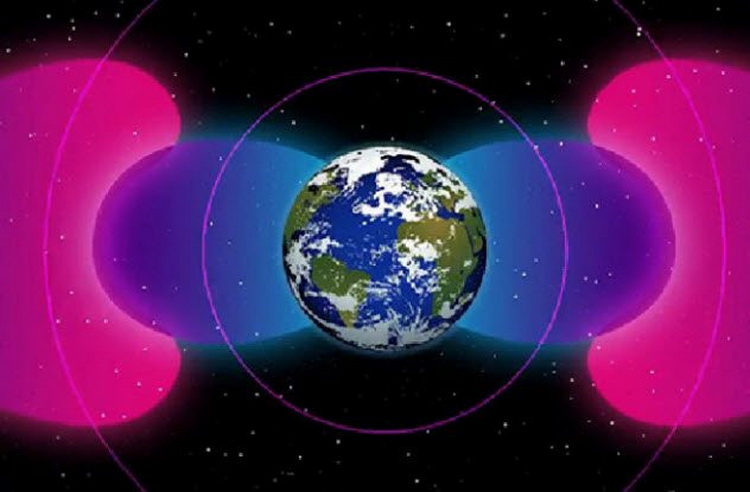 Researchers of the NASA aerospace agency recently discovered that the global use of radio transmission leads to an amazing and very practical consequence – the creation around the Earth of a “bubble” of ultra-low frequencies that protects us from certain types of cosmic radiation.

Our planet has the so-called natural, natural belts of Van Alen, a region where high-energy charged particles of solar radiation penetrate the magnetosphere. However, scientists noted that the electromagnetic force accumulated on Earth formed a kind of low-frequency barrier, reflecting some high-energy cosmic particles, daily trying to bombard the Earth.

The basis for this barrier is the remnants of cosmic electromagnetic debris that has remained since the time of nuclear testing during the atomic age. In addition, the Earth (or rather, we) the last more than 100 years, too, actively emitted radio waves into space. Well, the picture is completed by our numerous power systems scattered all over the world and emitting radio waves of a certain range.

Galaxy with a double galactic ring 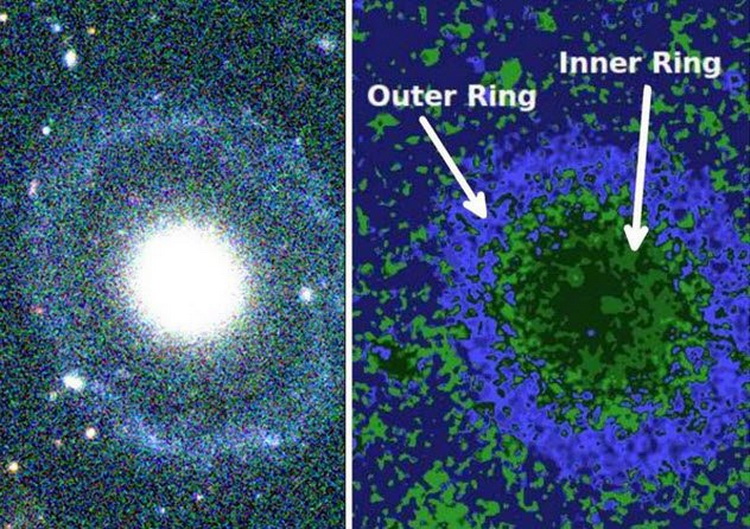 The galaxy PGC 1000714 is perhaps the most unique among the ones ever discovered. It refers to the so-called Hogov type and has a ring surrounding it, like the planet Saturn, only, of course, of a galactic scale.

Among all known galaxies, only 0.1 percent possess rings. The unique PGC 1000714 makes the fact that it is one of its kind has not one, but two galactic rings.

The rings surround the core of the galaxy, whose age, according to researchers, is 5.5 billion years. It is replete with aging stars, whose light goes into the red range of the spectrum. Around the main ring there is a much younger exterior, 0.13 billion years old. It is filled with hotter young blue stars.

When scientists monitored the galaxy in different ranges of the spectrum, they found an unexpected imprint of the second, inner ring, located closer to the galactic nucleus, comparable to it in age and completely unrelated to the outer ring. Given the fact that the vast majority of galaxies belong to the classes of elliptical and spiral galaxies, the PGC 1000714 can for a long time retain its uniqueness. 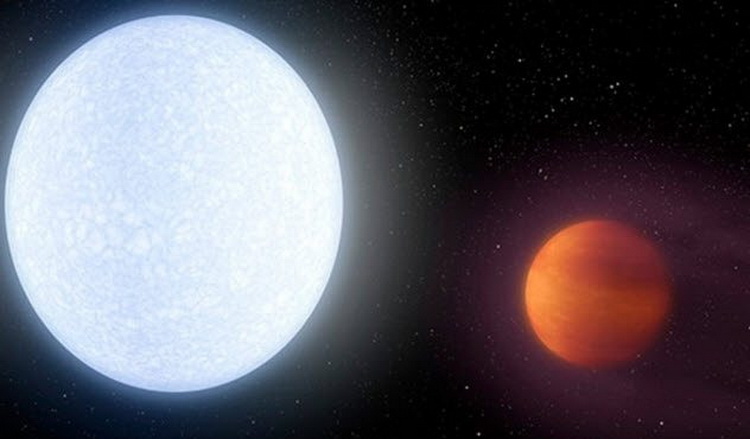 The hottest among the detected exoplanets was hotter than most of the stars known to us. The temperature of Kelt-9b is 3777 degrees Celsius, and it’s only on its dark side! On the side facing the star, the temperature rises to about 4,327 degrees Celsius. It is almost as hot as the surface of the Sun!

The Kelt-9b exoplanet revolves around a star-shaped Kelt-9 star, and is located about 650 light-years from us in the constellation Cygnus. Type-A stars are considered by scientists as one of the hottest, and in fact the age of Kelt-9 is still only some 300 million years. Over time, the star will expand and eventually actually come into contact with the planet Kelt-9b.

By that time, probably, there will be no more left of the planet than a bare solid core, because the radiation of the star burns up about 10 million tons of the planet’s matter every second, which causes the Kelt-9b to throw out a giant tail like a comet. 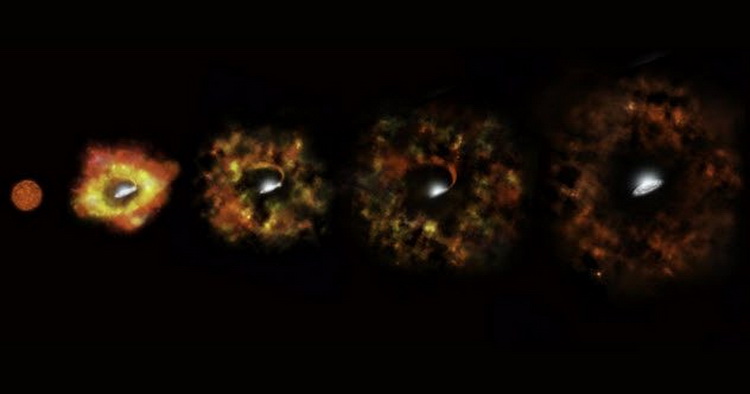 It is not at all necessary to have a spatially distorted supernova or collision of two incredibly dense objects like neutron stars to get a black hole, because it turns out that the stars themselves can turn into black holes.

Scientists have long suspected that this is possible. At least our computer models told us about this clearly. But in practice this phenomenon, apparently, was observed for the first time. Using a large binocular telescope, scientists were able to identify thousands of potentially “failed supernovae.” And among all was found a really very interesting.

The star, called N6946-BH1, had a sufficient mass (about 25 times greater than that of the Sun) for manifesting such a phenomenon. The images above show how, according to scientists, this should happen: first, the brightness of the star is insignificant (compared to other supernovae) increases, and then turns into total darkness.

The largest magnetic field in the universe 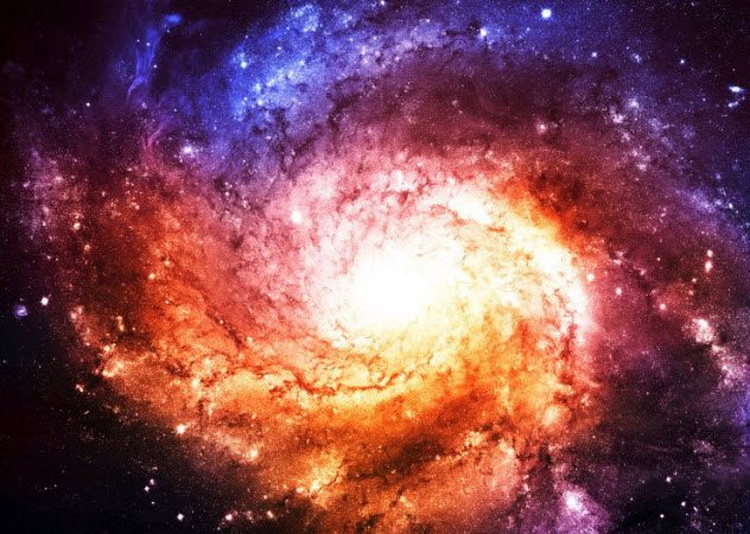 Many celestial bodies produce their own magnetic fields, but the largest among those ever found belongs to gravitationally-bound clusters of galaxies.

In some clusters it can be stretched for about 10 million light-years. Given the size of our Milky Way, which is some miserable 100,000 light-years away, the figures can not fail to impress.

Inside the clusters there is a colossal volume of charged particles, gas clouds, stars and dark matter. And their chaotic interaction among themselves can create such giant magnetic fields. When the galaxies get too close and eventually collide with each other, the gas contained in them is strongly compressed, creating and firing so-called “relicts” of an arcuate shape, whose length can reach 6 million light years, potentially larger than the size of the clusters, Which gave birth to them. 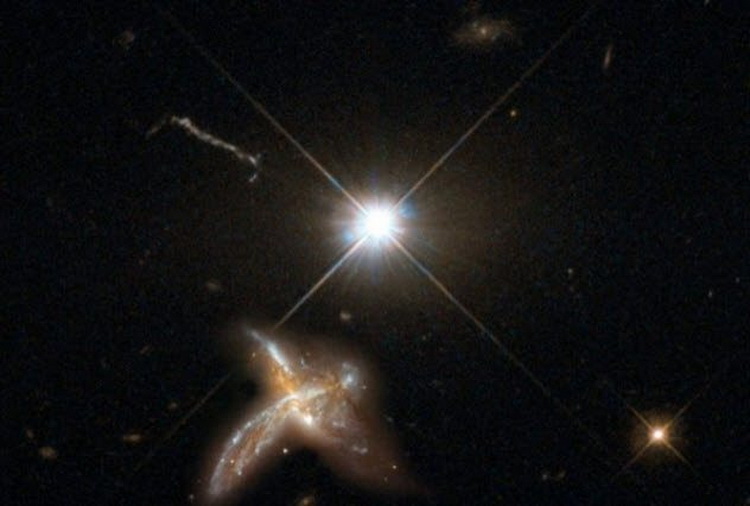 The early universe is full of mysteries. And one of such mysteries is, for example, strange galaxies that by all laws should not have existed long enough to gain a sufficient level of observability.

These galaxies already consisted of hundreds of billions of stars (according to current cosmological standards a very impressive figure), when the universe was only 1.5 billion years old or so. Looking further into the past, astronomers discovered a new type of hyperactive galaxies that grew faster than all in the early galactic giants.

When the universe was not even 1 billion years old, these protogalaxies already contained a huge number of stars, generating them 100 times faster than our Milky Way. The researchers also found that even in an early and rather empty universe, there were galaxies that, merging, created the very first clusters. 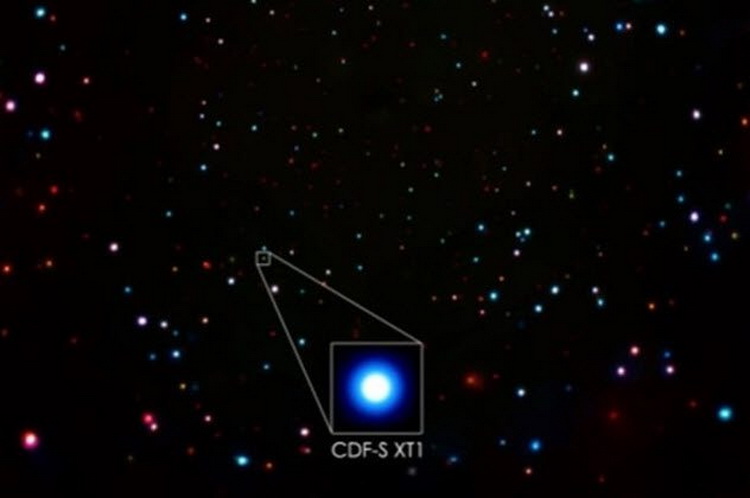 The cosmic X-ray observatory Chandra saw something very strange when it was conducting an investigation of the light of the early Universe. The telescope has witnessed a powerful X-ray emission, whose source is located about 10.7 billion light years. Unexpectedly, for a moment, its brightness became 1000 times higher, and then completely disappeared about a day.

Astronomers have previously discovered such strange X-ray bursts, but this case was especially noteworthy because the power of this X-ray radiation was 100,000 times greater than that of similar outbursts in the past.

Perhaps, it is a question of a giant supernova, the collision of neutron stars or the excessive activity of white dwarfs. However, the obtained data do not indicate any of these phenomena. The galaxy from which this outburst occurred is much smaller in size and is located much further than in the case of similar phenomena noted in the past, so scientists hope that this is a “completely new type of cosmic cataclysmic event,” and very much want to understand it .

The most unusual orbit 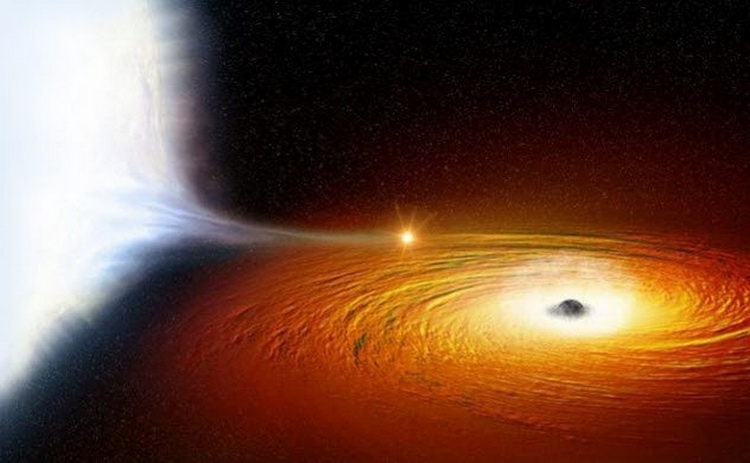 We can easily imagine how a black hole can absorb any “gaping” cosmic body that has rashly approached it, but there is an object that, for some miraculous circumstance, is capable of approaching an insanely close distance to a black hole, and, as they say, to him For this nothing happens.

The detected white dwarf X9 is the nearest object located around the black hole. Just think: X9 is from a black hole at a distance not exceeding three times the distance from the Earth to the Moon. Proceeding from this, the orbital period of the white dwarf is only 28 minutes! Every 28 minutes he makes a complete revolution around a giant gap in the space and time of the universe. Even when ordering pizza, you have to wait an hour at best.

Two “bosom friends” are located about 15,000 light-years from us in the balloon star cluster 47 Tucana, which is part of the Tukan star cluster. Astronomers say that before X9, most likely, was a big red star, but later fell into the field of black hole impact, which sucked all the juices out of it, depriving all the outer layers. The peculiarity of the processes that occurred at that time could turn a stellar object into a giant diamond-like body. 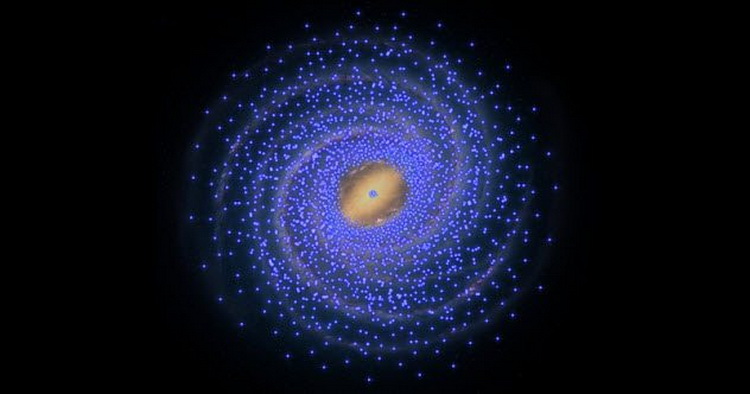 Cepheids represent a class of very young stars of only 10 to 300 million years old. They are pulsating stars, why changing brightness makes them ideal kind of galactic beacons.

Researchers find them scattered throughout the Milky Way. However, one thing remained unexplored for scientists: what is the situation with the Cepheids in the galactic core, which does not allow to look there because of the super-dense cluster of interstellar dust? Nevertheless, there was still a way to look inside.

The core was studied in the near infrared spectral range, and this analysis showed very interesting results. It turns out that this area is a “cosmic desert” and completely devoid of any young stars.

Several Cepheids still managed to be found in the very center of the galaxy. However, outside this region for 8000 light years in all directions space is a dead space. Planets of the class are hot Jupiters are strange in all respects. They are the size of our gas giant Jupiter, but their orbits are so close to their stars that in some cases they are even closer than Mercury from the Sun.

Scientists have been studying these unusual giants for the past 20 years and have discovered to date about 300 of them. However, all these hot Jupiters, as a rule, are alone. But in 2015, researchers at the University of Michigan confirmed what previously seemed impossible – hot Jupiter in a pair!

Moreover, not just one but two celestial bodies act as a companion for him! The family was called WASP-47 and consists actually of the hottest Jupiter and two very different and much more compact bodies. One is a neptune-like object, and the second is an even more compact and denser rocky super-Earth.