The algae survived 450 days in space 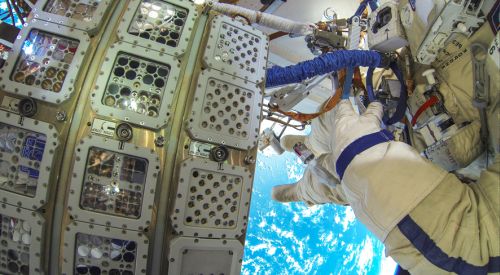 In the experiment on Board the International space station two types of naturally occurring algae all the time it is actually in outer space. The experiment was successful: both in the end survived. The results of this study can help scientists better understand how life can evolve on Earth, but in the end can be useful in addressing issues related to the survival of the first colonists on Mars.

Objects for observation – algae cryophilic (cold-loving) – gathered and prepared for the experiment, researchers from the German Institute for cell therapy and immunology Fraunhofer. Then seaweed was placed in an environment where they for 18 months to be influenced by extreme temperatures, the almost complete vacuum and cosmic radiation. Almost all (except one sample) the algae were able to survive until the end of the experiment and return back to Earth, but also gave the growth.

Through this experiment, a list of organisms surviving in extreme conditions in low earth orbit, which includes some bacteria, fungi and such living creatures like tardigrades, now added another and two species of algae. One species was collected in Norway, the other in Antarctica.

The selection of the algae studied Dr. Thomas Leya from Fraunhofer Institute in cooperation with Biology and Mars Experiment (BIOMEX). They selected two species with the most extremophilic features – both without problems tolerate low temperatures and dehydration. One species of algae was the green algae Sphaerocystis, received marking CCCryo 101-99. They were found in the Norwegian archipelago of Svalbard. Blue-green algae Nostoc, received marking CCCryo 212-06 were collected in Antarctica.

Before the start of the experiment, the researchers spent nearly 18 years on the study of features that enables cryophilic algae, cyanobacteria, some species of mosses, fungi and also bacteria found in the polar regions of the planet, to survive in the harshest conditions. Before the start of the experiment, the scientists also found that all these organisms are able to survive in extreme conditions created artificially in laboratories. It only remained to find out whether they are able to show the same survivability in space.

Before placing in the space environment, algae have been mild dehydration and only then, in the summer of 2014, was sent to the ISS. Within 450 days spent outside of a space station algae daily and several times a day exposed to sudden changes in temperature ranging from -20 degrees to 20 degrees Celsius. In addition to the lack of atmosphere and, as a consequence, the impossibility of extraction of the nutrient carbon dioxide, algae was exposed to a constant bombardment of ultraviolet radiation of such levels that are likely to die practically all types of other living beings on Earth. For monitoring temperature changes and amounts of radiation the ISS crew used the sensors located on Board the ISS. 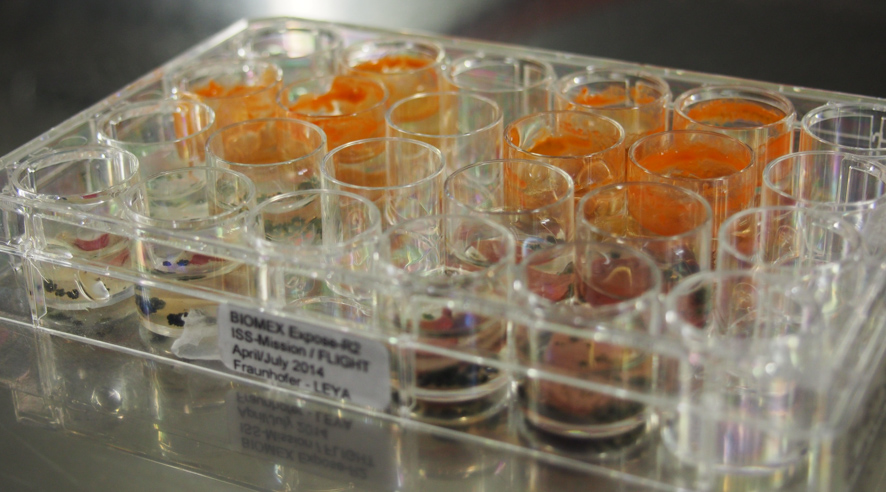 All but one sample of algae, survived and evolved into the new population after return to Earth

In the future, scientists from the Fraunhofer Institute want to better understand the features that are used by algae to survive. In particular, I would like to know at what level of solar radiation, they may suffer and will suffer, if at all. Information about this can be extremely useful, for example, the development of methods and means for the protection of persons in the framework of long space flights. Ultimately, the researchers plan to conduct a DNA analysis of the algae and also with the help of spectroscopic methods to study molecular structures and other features that are responsible for shading and protection of the algae. 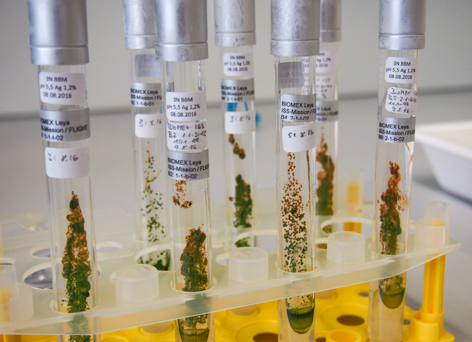 These studies, among other things, can tell scientists about how could look like a primitive life, when the conditions on Earth were much harsher than now. These plants and their amazing ability of survival can also explain how some organisms can survive several periods of mass extinctions, one of which, for example, happened after the fall to Earth of a large asteroid that caused severe climatic changes on the planet.

Speaking of asteroids. Discovery scientists also allows you to once again re-look at the hypothesis of panspermia, according to which meteorites, comets and asteroids could be the origin of the simplest life on Earth. The study shows that certain types of plants are really able to survive even in difficult conditions such as space. However, whether it proves that the “seeds of life” were brought to Earth via meteorites and comets – that is another question.

As mentioned above, more practical significance this study bears when talking about the possible colonization of Mars. Because long-term production of food on Mars will be critical to survival. The algae, in turn, can become a source of oxygen and food.