The international team of astronomers with the help of the Atacama Large Millimeter / submillimeter Array (ALMA) received the first complete picture in the millimeter range of the ring of dust-like fragments surrounding the young Fomalhaut star. This well-defined strip of rocks and gas was probably formed as a result of collisions between comets occurring on the edge of this planetary system, located at a distance of 25 light-years from the Earth. 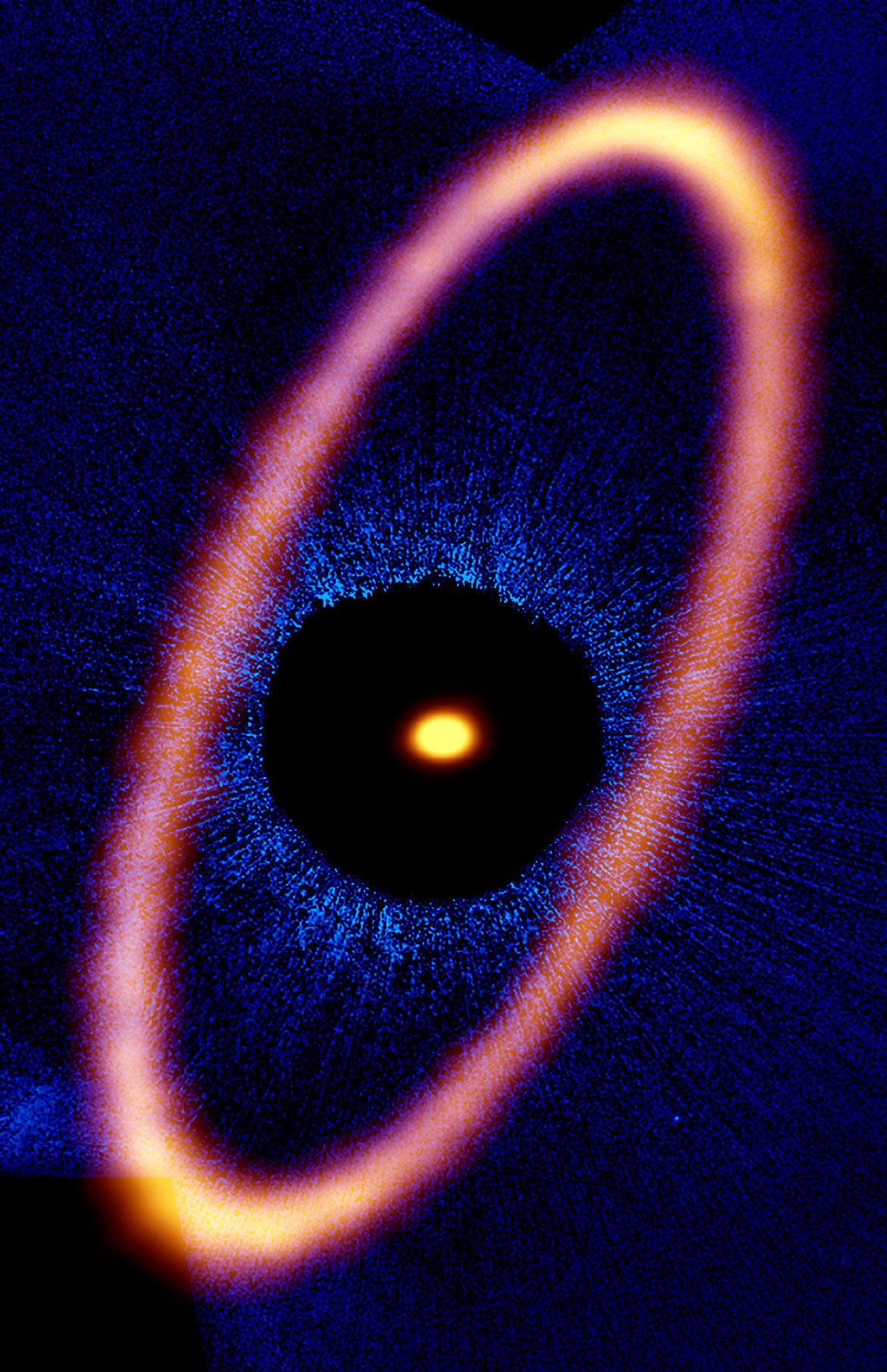 Early observations of the Fomalhaut star, conducted in 2012, when the telescope was still under construction, made it possible to see only one half of this residual disk. Although this first image was taken only to test the initial capabilities of the ALMA telescope, it nevertheless allowed us to make preliminary assumptions about the nature and possible origin of this disk.

Now new observations made with this radio telescope allow us to fully consider this bright fragmentation ring, and also point to the chemical similarity between the material of this ring and the material of the solar system comets.

The Fomalhaut system is located at a relatively short distance from us and is among the 20 systems of stars in which direct observations of the planets were conducted. The age of the whole system is about 440 million years, which is roughly equivalent to one tenth of the age of the solar system.

As can be seen in this new image, a bright band of icy dust about 2 billion kilometers wide formed at a distance of about 20 billion kilometers from the star. According to the authors of one of the two new works devoted to the Fomalhaut system, such a narrow ring could be formed as a result of the gravitational influence of the planets of the system.