The amazing cities which we could build in clouds of Venus 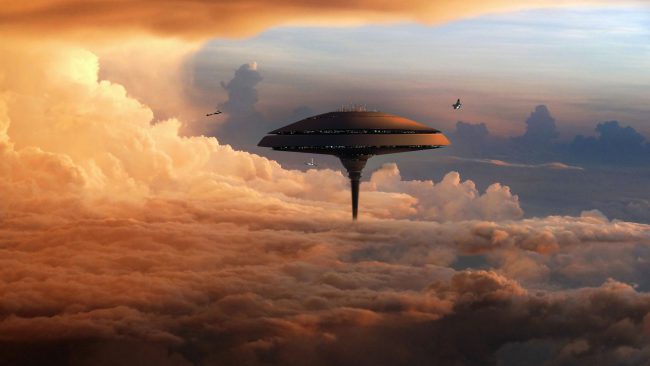 All who are anyway connected with space make very many efforts, both intellectual, and physical, for colonization of Mars. But if the mankind really plans to become a multiplanetary look, not far off and colonization of other planets. For example, Venus. More precisely, her clouds. This planet rather heating to melt lead. From heaven the acid rain which can char in a flash your flesh to bones drips. And yes, this beautiful place for the settlement. Venus, but not Mars, can become the favourite place of residence of space wanderers of the future.

Despite all enthusiasm of Elon Musk, any colony which will elect Mars the new house will face large problems. The thinnest atmosphere on the surface of the planet doesn’t offer any opportunities for breath, and also protection against dangerous solar radiation.

Venus has problems: on her it is impossible to live. Life there even in principle can’t be. 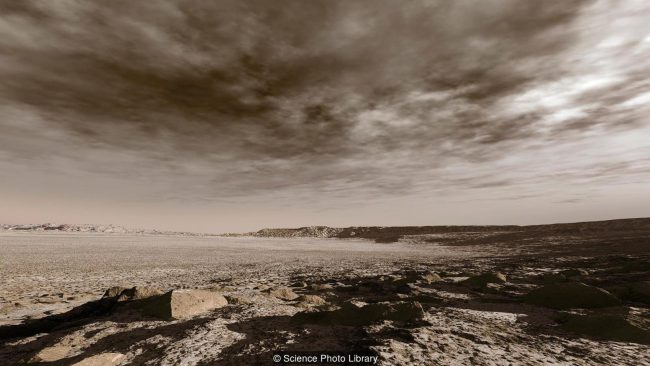 At first sight, this planet is surprisingly similar to Earth: gravity constitutes 90% terrestrial, and it is 30% closer than this to the Sun, than we. But on closer examination the awful difference reveals. If Mars almost has no atmosphere, at Venus is it too much. It is 90 times more dense terrestrial, consists mostly of carbon dioxide (CO2) and is shrouded in clouds of net sulfuric acid.

Greenhouse effect of the atmosphere of Venus catches a huge number of solar heat thanks to what the surface of Venus it becomes successful the hottest place in the Solar system, apart from the Sun. At a temperature of surface of 450 degrees, it is enough to melt zinc, lead and the majority of organic materials. And together with the atmospheric pressure equivalent to kilometer depth in the ocean, even the nuclear submarine will be crushed. 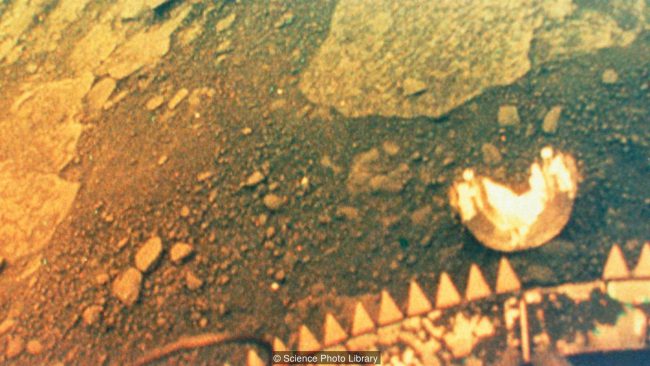 Pressure is so big that carbon dioxide is pressed into a surface and purchases an exotic condition of “supercritical liquid” which isn’t either gas, or liquid, but has properties both. On Earth supercritical CO2 represents dangerous and exotic substance which is used as the industrial solvent and a sterilizer — and on the surface of Venus literally the ocean of this substance.

The USSR sent several probes to Venus in 60th, 70th and 80th of last century; no wonder, but most of them didn’t manage to reach a surface, most of them broke. The probe “Venus-13” was the most successful, it managed to hold on more than two hours before it gave in to the strong pressure and heat too. Pictures which he sent showed the world unfriendly, dried up and absolutely alien to us.

What hope we can have on accommodation there? If it is short: avoid a surface.

“The problem of Venus is that the surface is too far from pressure level in one terrestrial atmosphere”, speak Jeffrey Landis, the scientist of NASA and the science fiction writer who offered the idea of settling of clouds of Venus by one of the first. “The atmosphere of Venus is the most similar on terrestrial the environment in the Solar system (apart from Earth)”. In 50 kilometers over a surface, Venus is extremely friendly.

First, pressure of air becomes normal, approaching one atmosphere. At the same time the atmosphere is enough to provide the protection against radiation comparable to the screen which we receive from the atmosphere on Earth. Temperature, strangely enough, too approaches comfortable — about 60 degrees Celsius. Hot and, but our technologies allow to master it. And if to rise by couple of kilometers, temperature will fall to 30 degrees, at the same time the atmosphere won’t lose in protection against radiation. And as gravitation of Venus almost same as Earth, the colonists living there for years won’t get brittle bones and weak muscles. 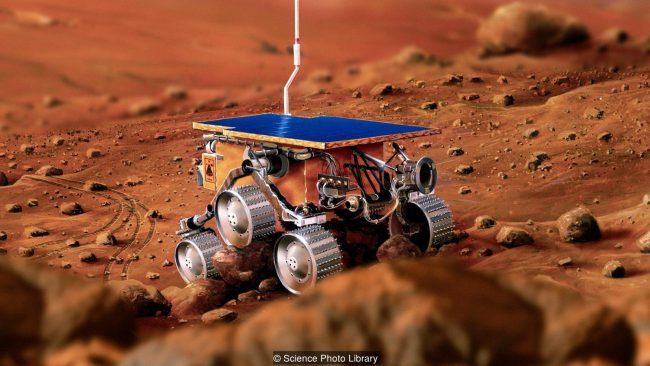 There is still a problem: how to remain afloat in the suffocating atmosphere. But decision surprisingly simple. CO2 is heavier than air on Earth — the balloon on Venus filled with terrestrial mix of nitrogen and oxygen will be easier Venusian air. Fill the Venusian balloon with terrestrial air, and that will fly on the sky as a helium ball.

Then for life on Venus just it will be required to fill the balloon with nitrogen and oxygen, well and to live in a sphere. Rather big sphere will have rather carrying force to support you and your supplies — and very big sphere will be able even more. “The spherical sphere with a diameter of 1 km will be able to lift 700 000 tons. The sphere with a diameter of 2 km will lift six million tons”, Landis says. “As a result Wednesday by the sizes as the typical city will turn out”.

But what if the balloon bursts? It won’t be similar to the usual burst ball. As pressure in a sphere will be same as pressure outside, air through a crack will slowly filter and won’t lead to instant catastrophic explosion. It will be similar to an open window. The more the inhabited environment, the more slowly will be this process.

It is even simpler to protect the balloon from clouds of sulfuric acid. This decision has been checked by our compatriots — and you have honor to use it in kitchen. In 1985 the Soviet mission Vega has flown about Venus on the way to Galley’s comet. Vega has brought two spheres to the atmosphere of Venus which floated in the atmosphere just at that level about which we speak, within two days. The external layer of these spheres was simple teflon. Teflon provides absolute protection against sulfuric acid.

There are problems which any colony, for example, search of the raw materials necessary for survival will face sooner or later, and creation of the complex biosphere capable to support human existence throughout a long time. With the atmosphere of Venus it will be difficult to be made, but it is possible. CO2 should be split on oxygen and carbon; sulfuric acid can be split on water, oxygen and sulfur.

And though the surface of Venus will remain inaccessible for people, robots could investigate and develop the firm soil. Them residents of the cloudy city in real time could operate — from Earth it can’t be made as the signal will go 20 minutes.

And still you don’t hurry to pack suitcases — we know about Venus too little precisely to claim that we will be able to build the cloudy city. “The first that we will need to make, it to send pair of space probes, just to learn more about Venus”, Landis says. “Venus — one of the least studied planets in Solar system”.

We don’t know much about Venus because the most part of our researches of Venus took place in the beginning of a space race. Our technologies became better, and we have turned the look to other planets, especially to Mars. “We have learned a lot of things about Mars: about his early history, about the atmosphere, about climate”, Laurie Gleyz from NASA says. “Venus has slightly sunk”.

But Gleyz works that to correct it: now he directs DaVinci, a mission which suggests to send the robotic probe to depths of the Venusian atmosphere better to understand our neighbor. “Davinch” will try to answer fundamental questions of Venus, of structure and dynamics of her atmosphere.

Venus — the amazing planet which conceals a set of riddles. Perhaps, we should return to her studying.