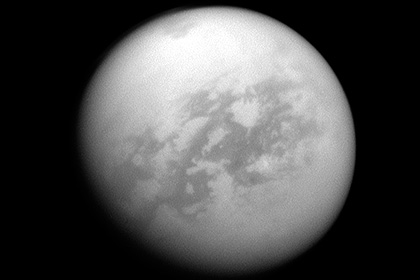 British and American scientists have shown that the ancient Earth resembled modern Titan – a satellite of Saturn with hydrocarbon reservoirs and atmosphere. The corresponding study is published in the journal Proceedings of the National Academy of Sciences, briefly reported by the University of Maryland at College Park (USA).

This provoked the entry of oxygen into the gas shell of the Earth, whose concentration in the atmosphere increased over ten thousand times over time.

The scientists came to their conclusions by dating the isotopes of sulfur and carbon contained in geochemical samples, and also using several photochemical models of the ancient Earth.

Titan is the largest of 62 satellites of Saturn. It is almost one and a half times larger than the Moon in diameter and almost twice – by mass. In the atmosphere of Titan, nitrogen with impurities of methane forming clouds prevails. On the surface of the moon there are complex forms of relief and hydrocarbon reservoirs. The celestial body is characterized by weather and climate phenomena. On January 14, 2005, Huygens probe landed on the surface of the satellite, earlier (on December 25, 2004) separated from the Cassini mother station.