The ancient sun was much more than now 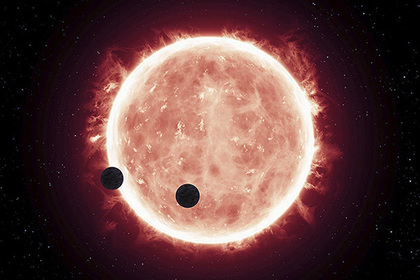 Astronomer Petrus Martens presented arguments in favor of the fact that in ancient times the Sun was larger than at the present time, and intensively lost its mass. The preprint of the study is available in the library of electronic preprints arXiv.org.

Approximately three billion years ago, according to the scientist’s estimates, the luminary lost about 0.0000000000075 of its mass every year (about three percent of the initial mass for three billion years of existence), at present this value is two orders of magnitude lower and is not significant for accounting for changes in the brightness of the star . The scientist came to similar conclusions, drawing attention to the fact that over time, the Sun and most similar stars slow their rotation. According to the author, this is due to the loss of their mass.

This also means that in ancient times the luminary was as bright as today, which allows us to solve the paradox of a weak young Sun. The latter is connected with the impossibility of four billion years ago on the surface of the Earth and Mars of liquid water on the surface of the Earth due to lack of incoming energy from the young luminary, which was 20-30 percent duller than at present (provided its modern size and mass are preserved).

An alternative and more popular explanation of the paradox of a weak young Sun is the presence on the ancient Earth and Mars of dense atmospheres, the greenhouse effect of which provided the conditions acceptable for the presence of liquid water on the surfaces of planets.

Previously, scientists suggested that the greenhouse effect in the Earth’s atmosphere could be created with the aid of an asteroid bombardment. Reaching a hundred kilometers in diameter, these celestial bodies, when dropped to Earth, cause the melting of large volumes of rocks that create huge lava lakes, which, as they cool, release large amounts of carbon dioxide and warm up the atmosphere.