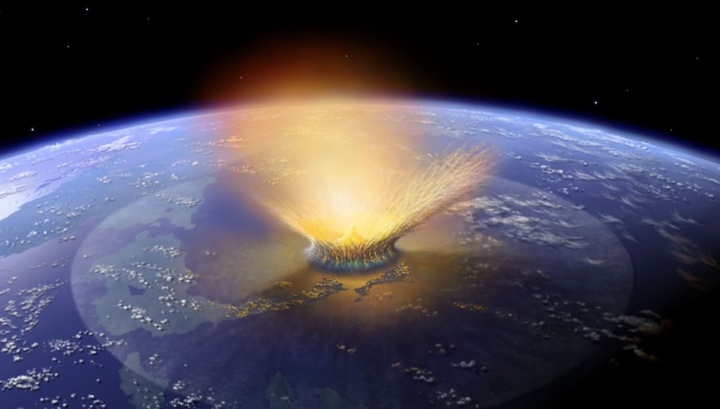 Today, most researchers are inclined to the version that the cause of extinction of dinosaurs was the fall of an asteroid with a diameter of about ten kilometers in the region of the Yucatan peninsula in modern Mexico. It happened about 66 million years ago.

It is about compounds based on iridium. It is a very hard and refractory metal, and extremely rare. Iridium is much less common than gold and platinum; its content in the earth’s crust is negligible (10-7% by mass, although it is possible that in fact it is much closer to the core of the planet).

In the course of the new work, scientists created a compound of iridium and organic material, which under special conditions kills a cancer cell. Under the influence of light and the compound of iridium, the usual oxygen (O2) turns into a singlet. The difference in energies between the ground state and the singlet state of oxygen is 94.2 kJ / mol. The transition is initiated by laser light. For a cell, singlet oxygen is toxic, that is, it kills it.

Tests of the new method were carried out on the example of a model tumor in the lungs, grown under laboratory conditions. First, a compound of iridium was introduced into the tissue. In itself, it is safe, but later “attack” begins a laser beam. Since the compound is light-active, it reacts to it and begins to “work” in the desired area, and penetrates into each layer of the tumor.

The authors emphasize that the use of a red laser, whose rays penetrate deeply into tissues, is a very effective method. In addition, the laser “fires” as accurately as possible. For comparison: a laser is like a sniper rifle, while chemotherapy is more like a shotgun shot. 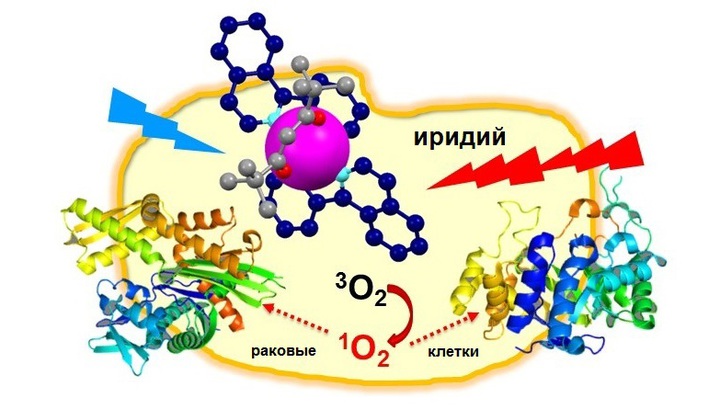 The same method was tested on healthy tissues, and no harm was done to them. In other words, even if the laser beam “misses”, the patient does not face anything, the authors explain.

To accurately determine what is happening in the tumor during such an attack, the team used ultra-high resolution mass spectrometry. The researchers saw that the iridium compound “attacks” individual proteins in cancer cells. The victims are heat shock proteins. This changes carbohydrate metabolism, in particular, glucose metabolism, which in many cases “feeds” cancer.

The authors of the work note that this is a completely new approach in the treatment of cancer. In fact, an anti-cancer compound based on iridium triggers several mechanisms at once, and this allows us to bypass the problem of resistance, improve the efficiency of tumor destruction, and minimize side effects.

By the way, this is not the first time when precious metals show effectiveness in fighting cancer. For example, in half of all types of chemotherapy, platinum compounds are used. Gold nanoparticles are also very popular among scientists.