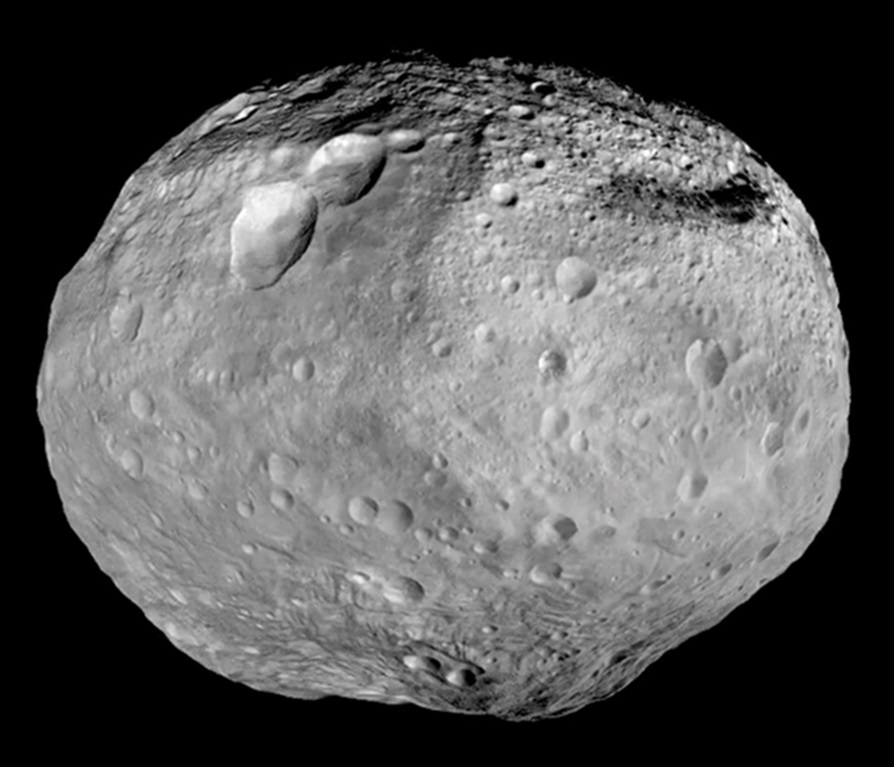 Since then, as he opened the first asteroid. However, despite its size, it is not the brightest, that is, the large size still does not provide a high brightness object. Here Vesta in this respect more fortunate. Its brightness reaches a value of 6.2. This asteroid is located in the zodiacal constellation Gemini in the neighborhood with bright stars Pollux and castor. You can see the asteroid, even with small binoculars if you know where to look. 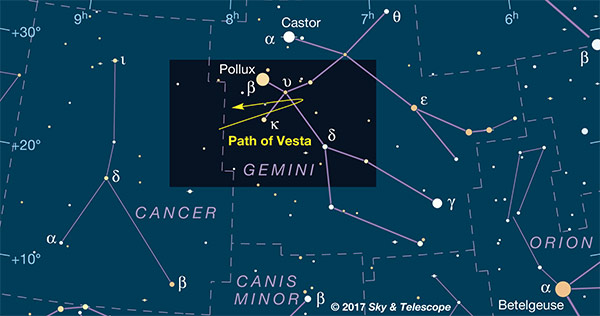 If you have the desire to watch live, then hurry up, because starting with 1 February, the asteroid will be dim. It will be so dim that it can hardly be seen for several months.

Vesta is one of the few asteroids which have been studied by the spacecraft. The asteroid has an elongated shape and a slightly different hue than most known asteroids. Vesta has a light grey shade. The diameter of Vesta equal to 570 kilometers.

Photo of Vesta, presented above, was created from several individual photographs assembled into one mosaic image. The photos were taken by the spacecraft Dawn in 2011, when it carried out its research mission in orbit of this heavenly body.