The astronomer accepted the ISS for a sunspot

We already reported that the Sun, being in the deep minimum of the 11-year cycle of activity, “sleeps in an infantile sleep.” Such a state is characterized by zero flare activity and minimal stain productivity. Nevertheless, on August 22, an experienced astronomical eye could observe a small-sized rapidly moving spot on an absolutely clean surface of the Sun.

It turns out that the largest sunspot in recent days was not a spot at all, but a 470-ton spacecraft larger than the Boeing 747. The Romanian observer Maximilian Theodorescu captured the passage of the ISS. As the author reports, he was very lucky – I had a cloud window for a short flight of the ISS. In high-resolution photographs, structural details of the man-made “sunspot” are visible. 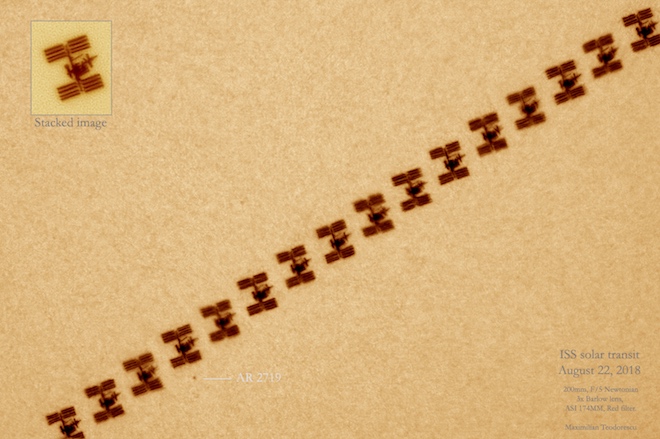 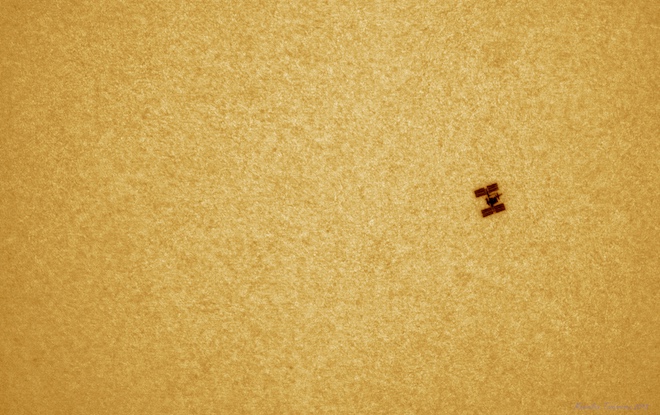 After the passage of the space station, the solar disk is almost completely empty. Monitoring marks only one small and calm spot.