The astronomer suspected NASA of falsifying data on asteroids 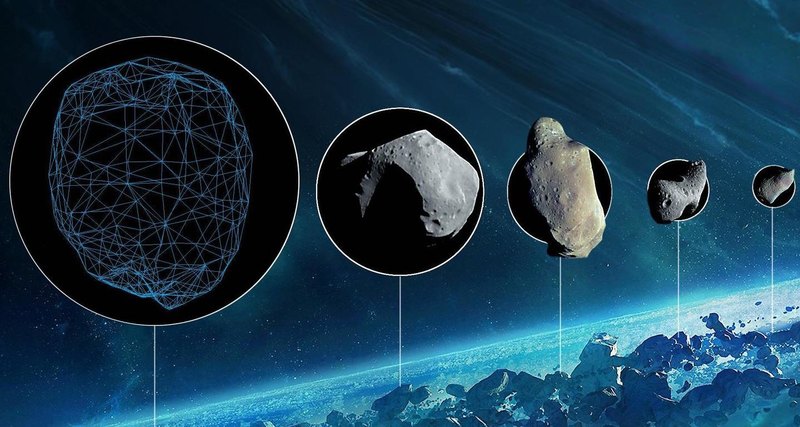 An amateur astronomer has found errors and even signs of falsification in the work of the NASA project to track asteroids flying past the Earth.

There are thousands of asteroids visiting the environs of the Earth every day, and although the chances of a large asteroid colliding with the Earth are very small, they do exist; In addition, to damage the planet, the asteroid does not have to be the size of the moon; even a stone the size of a single-storey house, burning and crumbling to pieces in the atmosphere, will allocate not less energy than an atomic bomb. Therefore, NASA is trying to track close asteroids; astronomers estimate their size and calculate the probability of collision with the Earth.

The asteroids are monitored by the Neowise project participants; Since 2011, they have described the dimensions and albedo of 158 thousand asteroids. Scientists claim that their estimates of the size of asteroids have an error of about 10%, but there is a person who believes that something is wrong in NASA, and the error is much higher. Nathan P. Myhrvold, a graduate of Princeton and a former employee of Microsoft, for several years argued that the results of Neowise are unreliable, and finally achieved success: his article was published after an expert review by the authoritative astronomical journal Icarus (earlier this year in the same Another article of Mirwold devoted to the measurement of reflected radiation from asteroids, but not to the results of NASA, was published in the journal.

Mirwold believes that the Neowise project has big problems with the methodology; he points out that the calculations were based on the Wide-Field Infrared Survey Explorer, or WISE, designed not to search for asteroids, but to study distant objects-stars and galaxies. However, asteroids also swept in front of the telescope; The telescope measured their luminescence in the infrared range, and scientists collected from these measurements a database and calculated the dimensions and albedo of the asteroids. On this database, besides the participants in the Neowise project, hundreds of other scientists referred to; If Mirwold is right, a lot of scientific articles will have to be reviewed. But Mirwold believes that the situation is even worse: in his opinion, NASA was not only mistaken, but also falsified data – made changes in the results of observations in order to bring them into line with the conclusions.

At first, Mirvold was laughed at – in his first work he made some wacky mistakes and became an easy target for critics. Representatives of NASA said that the results of the Naovise project were checked by independent researchers, so the agency does not doubt the correctness of its experts. However, recently, even NASA began to be people who are inclined to agree with Mirwold. Amy Mainzer, a planetologist from the JPL, believes that the “outsider” who tested the data provided much help to science, and that his unbiased opinion can not hurt anyone.

Recently, the US Congress has allocated $ 10 million to develop a new tool for the Neowise project – the Neocam orbital telescope, whose construction can cost not hundreds, but hundreds of millions. In this context, the words of The New York Times correspondent that Mirwold’s article undermines the authority of the Neowise team sound sharper. However, if the article and undermines someone’s authority, it is not definitive – if only because recently in the same Icarus an article of European scientists was published, the results of which coincide with the results obtained in NASA.