The astrophotographer bragged of the photo of an aurora from Alaska 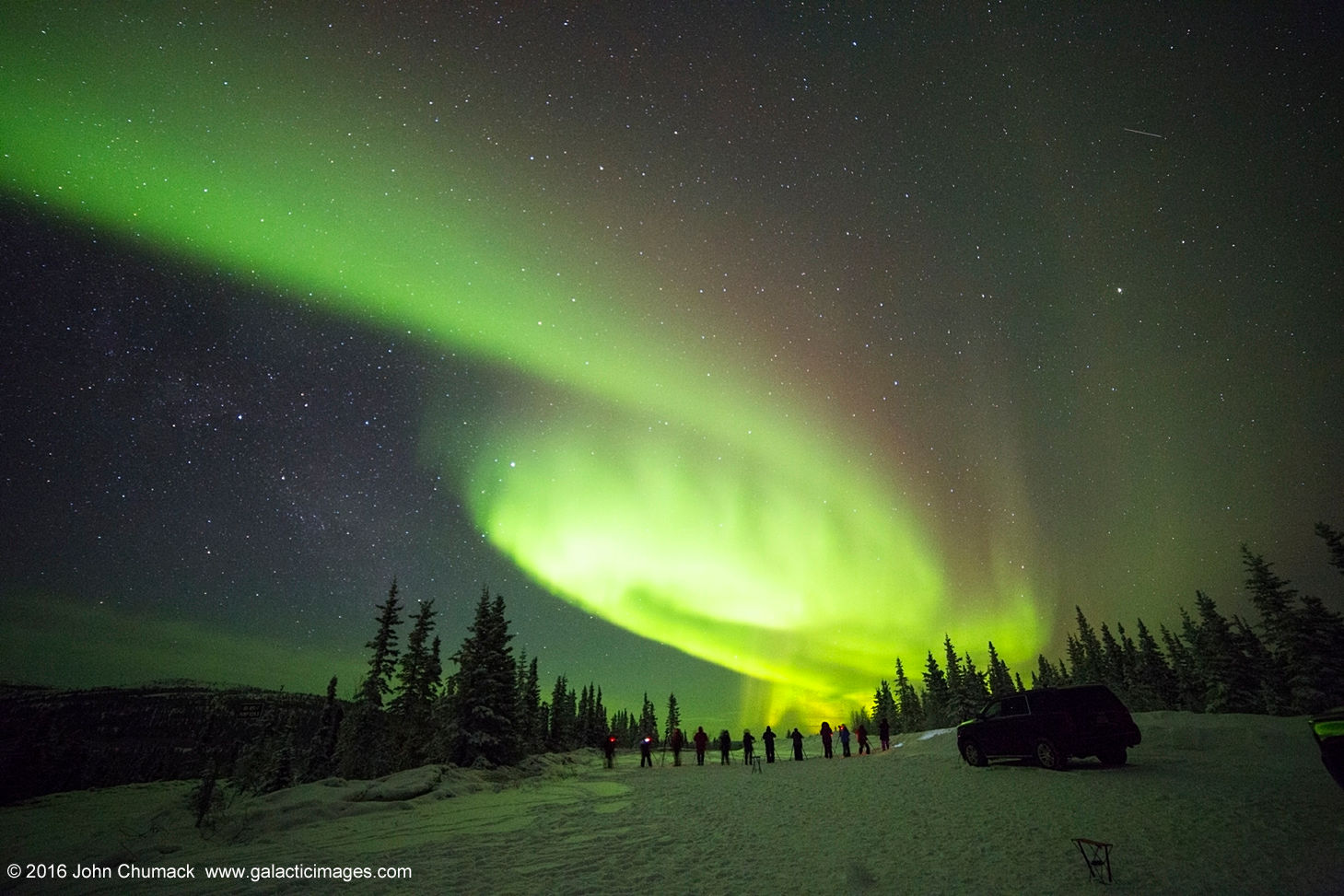 In already left 2016 the astrophotographer John Chumak took the magnificent picture of the polar lights, being in an expedition on Alaska.

In the explanation to the image, his author reported that the polar lights imprinted by it are similar to huge and very bright spiral galaxy.

The polar lights arise in Earth upper atmosphere at the height about 80 kilometers. Northern or as it is called still, the aurora, is expressed in a luminescence of particles in the top atmospheres of planets with a magnetosphere owing to their interaction with the charged particles of a solar wind. Interesting the fact that the range of auroras changes with height.