The astrophysicist has calculated distance to the alien civilization, next to Earth 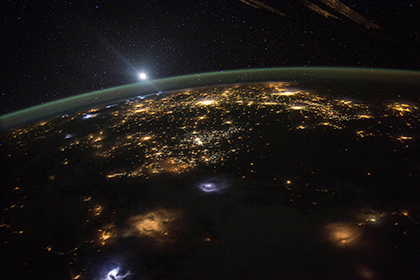 The astrophysicist Amri Vandel from Hebrew University of Jerusalem (Israel) has calculated the minimum distance from Earth to the place where there could be an alien civilization.

The alien civilization, according to Vandel, is from Earth at distance about several thousand light years. The planet on which primitive life lives — at a distance of about ten light years from the Sun.

The scientist has come to the conclusions, having modified Drake’s equation representing equality, on the one hand which there is a work of seven multipliers (in particular, quantity of stars and planets, and also probabilities of emergence of primitive and intelligent life), and with another — number of extraterrestrial civilizations.

According to Vandel, search of intelligent life is limited to big time of distribution of a signal between it and Earth. The scientist suggests to conduct monitoring of alien civilizations within the SETI program (Search for Extraterrestrial Intelligence).