One of the most famous features of the red planet is its asymmetry. The southern hemisphere and the equatorial regions of Mars represent an ancient and densely cratered surface. The northern hemisphere of the planet is mainly occupied by a giant lowland (Great Northern Plain) with a length of 10,600 and a width of 8,500 kilometers. Its average height is six kilometers below the rest of the surface of Mars. Some scientists have already suggested that the Great Northern Plain is a trace of the giant collision experienced by the planet shortly after formation. Recently, the journal Geophysical Research Letters published the results of a study that supports this theory.

In 2011, in the Sahara desert was found a meteorite, called “Black Beauty”. According to the results of isotopic analysis, the stone is of Martian origin. It was knocked out from the surface of the red planet 4430 million years ago. The chemical analysis of the “Black Beauty” showed that it contains a rather large number of siderophile elements, including iridium, platinum and gold. 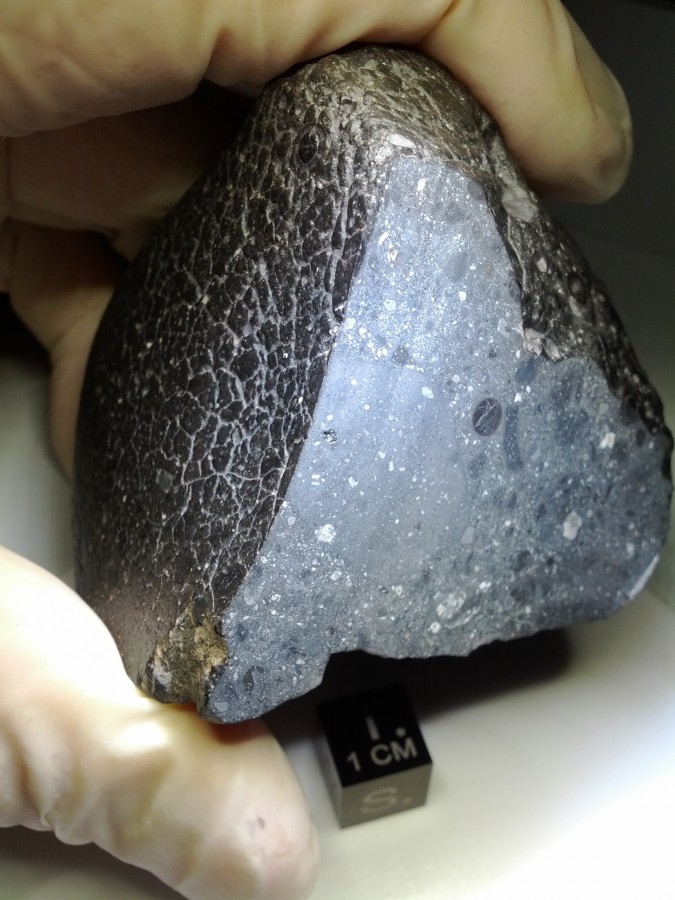 According to modern concepts, after the formation of planets (including the Earth) and the differentiation of their gold depths, platinum and other similar elements descended to the core. The bulk of the heavy elements now in the crust and mantle got there together with the asteroids. 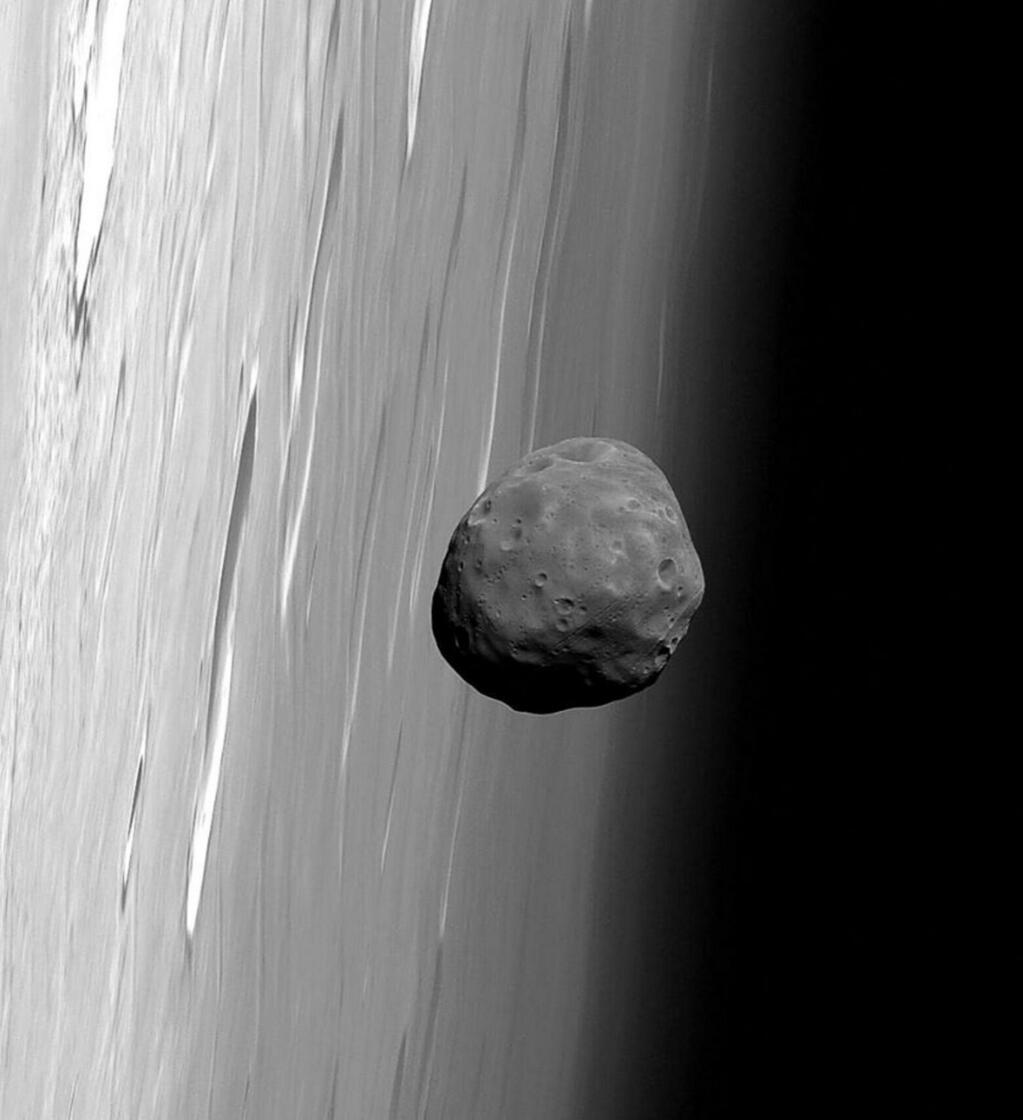 Last year, scientists from the Tokyo Institute of Technology published an article explaining the chemical composition of the “Black Beauty” consequences of the collision of Mars with a very large object that occurred in the first 130 million years of his life. Now a group of researchers from the University of Colorado at Boulder tried to answer the question of what the size of such a body was. They created a series of computer simulations and came to the conclusion that the object had a diameter of about 1200 km, which is more than Ceres. Such a collision should leave on the surface of the red planet a giant crater comparable in size to the Great Northern Plain. 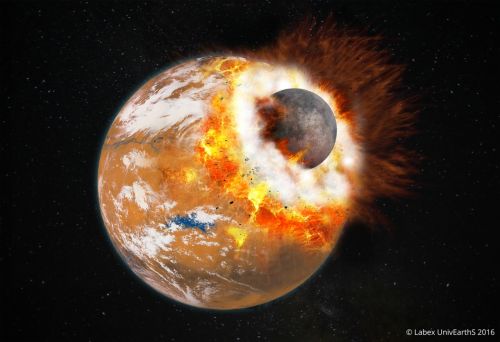 Another consequence of such a blow would be a large number of debris thrown into space. As you know, Phobos and Deimos do not fit into the usual classification of the satellites of the planets. Both bodies are very similar to asteroids. But be Phobos and Deimos really captured by the gravity of the planet, their orbits would not be circular and did not lie in the plane of the Martian equator. At the same time, the structure and size of small moons indicate that they did not form together with Mars. The most likely explanation for all these oddities is that both bodies formed in the orbit of the planet from the debris ejected after a major collision.

Thus, the theory of a large collision can explain the asymmetry of Mars, the chemical composition of its meteorites, and the origin of the satellites. Its confirmation could be an analysis of the soil of Phobos or Deimos. If the theory is correct, they should partly consist of a Martian substance, and partly of an asteroid material.