The atmosphere of distant planets can hide signs of life 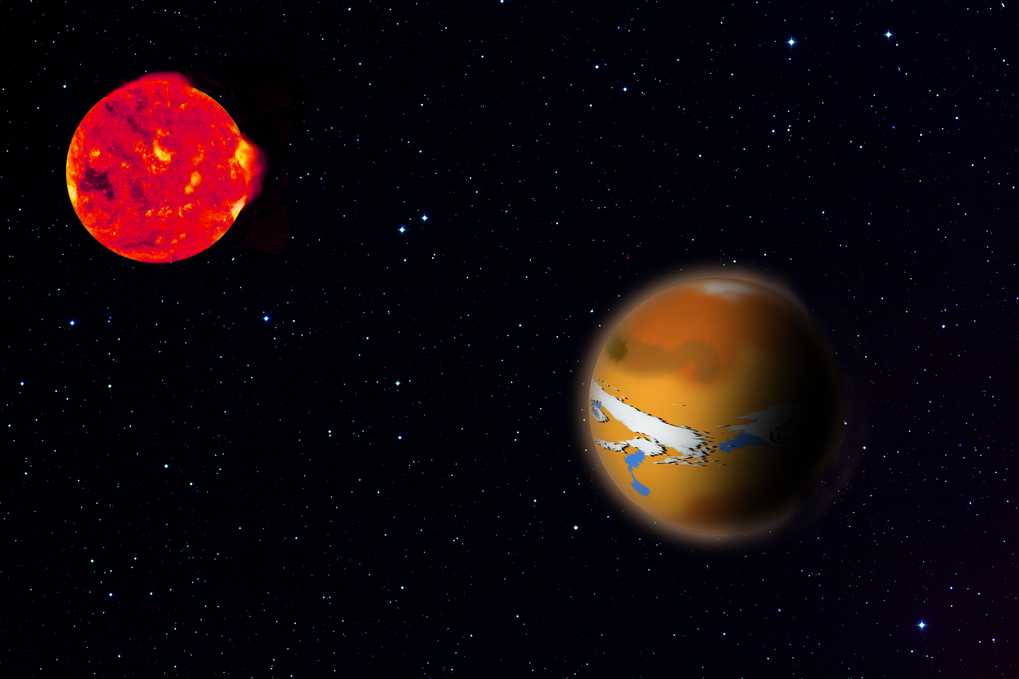 Signs of life on other planets may be hidden in the “equatorial trap” formed by the currents of the local atmosphere.

The search for life on distant exoplanets is even more difficult task than was believed until now. Computer modeling has shown that atmospheric currents can obscure such a “classical” sign of biological activity from observations such as the presence of ozone. About this Ludmila Carone (Ludmila Carone) and her colleagues from the Institute of Astronomy of the Max Planck Society write in an article published by the Monthly Notices of the Royal Astronomical Society.

So far, the hope to record signs of life in distant stars is associated with the search for spectral traces of molecular oxygen and ozone formed from it. Oxygen is extremely active, in space it rapidly oxidizes the first compounds that have been found and does not occur in molecular form. The free oxygen of the earth’s atmosphere is the result of the activity of the biosphere. From it, under the influence of the solar ultraviolet, ozone is formed, which protects us from this life-threatening radiation.

But even if oxygen and ozone are present in an atmosphere that is remote and in principle suitable for the life of the planet, it can be very difficult to detect them. Under the influence of tidal forces, such famous potential “cradles of life” as TRAPPIST-1d or Proxima Centaurus b appear all the time deployed to their stars with the same “day” side, as the Moon – to the Earth. Lyudmila Karone and her co-authors carried out modeling of atmospheric currents on such planets.

The work showed that the presence of a stable day and night line (terminator) should significantly affect air movement and ozone distribution in the upper atmosphere. The main global flows on them are directed from the poles to the equator, and not vice versa, as on Earth. This leads to the accumulation of ozone in a narrow near-equatorial region. “The absence of traces of ozone in future observations should not automatically mean the absence of oxygen,” says Lyudmila Carone. “It can be found in other areas, not like on Earth, or can hide very well.” 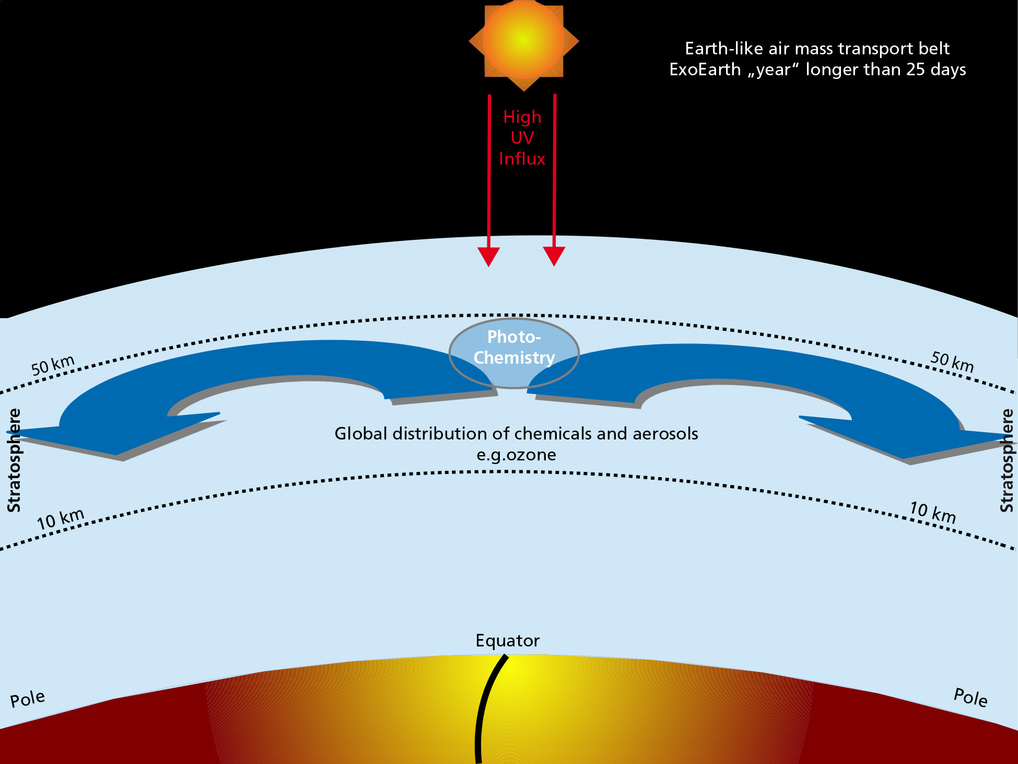 On Earth, atmospheric currents carry ozone from the equator, where radiation is particularly intense and ozone formation is fastest to the poles, allowing it to be distributed fairly evenly / © L. Carone, MPIA Graphics Department

This distribution of ozone can also affect the very habitation of the planets captured by the tidal forces. Scientists note that due to the lack of ozone, most of their surface will be subjected to a powerful sterilizing action of ultraviolet radiation, and only some areas near the equator will remain suitable for a quiet life.