The Aurora from the ISS 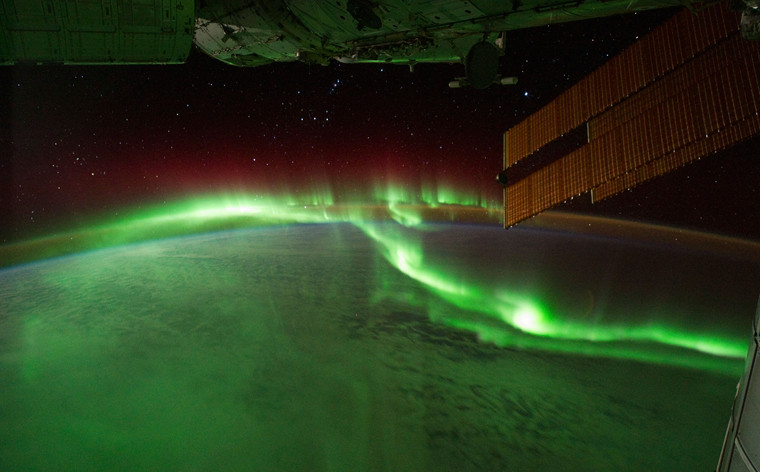 Glowing vortices of the Northern lights looks adorable from the Ground. But from space, the sight is truly magical! The astronauts on the ISS often admire the stunning views of the Aurora while making revolutions around the planet.

At the beginning of the green Aurora flashes along the dark curved line of the Earth, visible in the distance. Protruding parts of the space station is visible in the frame. The light is getting closer and closer, eventually illuminating the cloud cover of the planet a greenish tint.

Like many astronauts, Williams is active in social media and often shares his landscapes with a convenient observation platform in space. Earlier this year, astronaut first explored new experimental inflatable habitation module.