The aurora of Jupiter surprised scientists 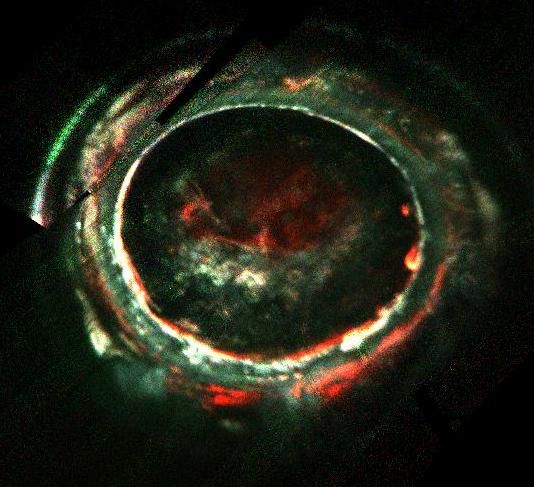 Scientists of NASA’s mission “Juno” observed powerful energy flows over the circumpolar regions of Jupiter, which contribute a lot to the formation of bright auroras on this giant planet – however, the nature of these flows differed from the predictions of scientists.

After studying the data collected with the help of the UV spectrograph and the high-energy particle detector located on board the NASA jupiter probe, the team led by Barry Mauk from the Applied Physics Laboratory of the Johns Hopkins University, USA, observed evidence of the presence of powerful electrical voltages co-directed with the magnetic field lines of Jupiter , which are capable of accelerating electrons in the direction of the atmosphere of a giant planet to energies of about 400,000 electron volts, which is several hundred times greater, compared to with the voltages required to form the most intense auroras on Earth.

The auroras of Jupiter are the most powerful in the solar system, so Mauk’s team was not surprised that electric potentials play a big role in generating this atmospheric glow. Surprising for the researchers was that, despite the enormous magnitude of these electrical voltages on Jupiter, the auroras on the planet are observed only occasionally and are not as intense as the most powerful auroras on Earth.

“We assume that the brightest auroras on Jupiter flow according to a mechanism involving turbulent acceleration,” Mauk said. – In our last data, there are hints that with the increase in the energy density of the generated auroras, the process becomes unstable, and another acceleration process takes effect. However, this hypothesis requires further verification. “