The Aurora on Jupiter 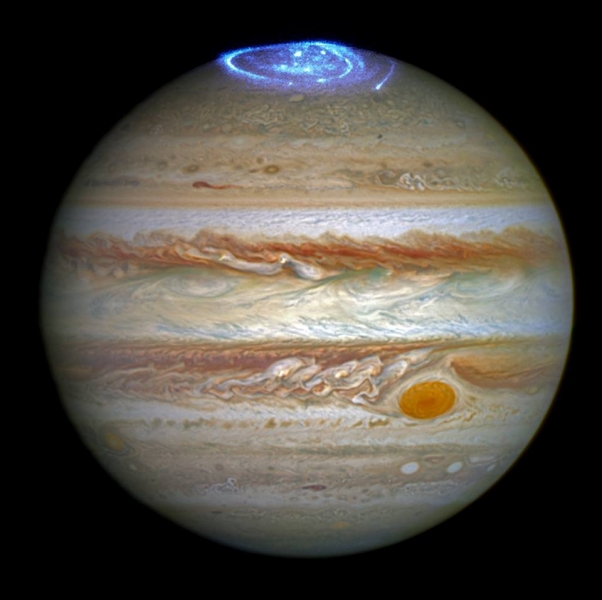 Scientists were able to photograph the Aurora on Jupiter. It is noted that the glow on the planet has noticed before, but this time managed to fix the bright glow in the entire history of observations.

The Aurora on Jupiter appears when a particle of the solar wind penetrate the atmosphere of the planet in the center of the magnetic poles, according to NASA. Fix polar lights failed when the NASA Juno probe flew by the planet.

In order to understand what will be able to recognize the probe while exploring the planet, experts have considered Jupiter using the Hubble telescope and other spacecraft. So managed to get VHR data from images of the planet.

“Observing the planets at different wavelengths in the infrared part of the spectrum help us to obtain three-dimensional picture of how the Cycling of energy and matter in the atmosphere of a giant planet,” said Leigh Fletcher from the University of Leicester, researcher together with his colleagues participated in the preparation of some photos. The researchers hope that the pictures will help to understand where best to explore the atmosphere of this planet.

Jupiter shows a bright steady lights around both poles. Unlike the same on the Ground that appear during periods of high solar activity, the auroras of Jupiter are permanent, although their intensity varies from day to day.

The auroras of Jupiter observed in the ultraviolet range of the spectrum. On the published picture frames ultraviolet superimposed on a picture of Jupiter in visible color.