The aurorae of Jupiter are of a complex nature 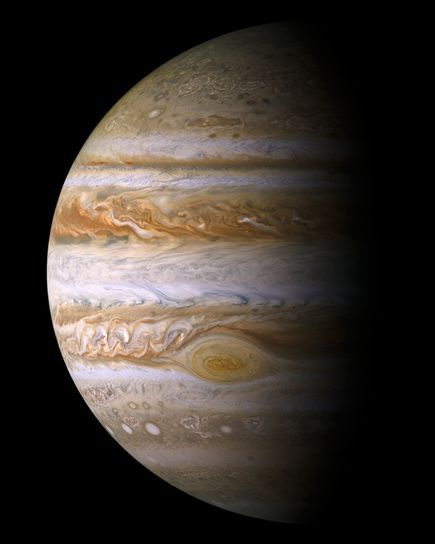 A joint analysis of the results of observations carried out with the aid of three different spacecraft shows that the brightest auroras of Jupiter. Registered to date, are associated with two main factors: the influence of the satellite of Jupiter with high volcanic activity called Io, as well as the interaction of the planet’s magnetic field with the solar wind.

On Earth, auroras are uniquely associated with the solar wind, the fluxes of which interact with the magnetosphere of the planet. However, the giant auroras of Jupiter – much more powerful, in comparison with the auroras of the Earth – are supposedly related mainly to internal factors relative to the Jupiter system. In the new work, researchers led by Tomoki Kimura of the Institute of Physical and Chemical Research (RIKEN), Japan, jointly analyzed the results of observations conducted with the help of three spacecraft: the Japanese Hisaki satellite, the NASA spacecraft “Juno “(Juno), as well as the Hubble Space Telescope. The analysis showed that the picture of the origin of the aurorae of Jupiter is actually more complicated than imagined. The origin of the brightest auroras observed on this giant planet is due to the volcanic activity of one of the moons of Jupiter – Io.

According to the scheme proposed by the researchers, the volcanic gases emitted from the surface of Io first accumulate in the region of outer space distant some distance from Jupiter. Then, after receiving a push at some time, these gases reach the atmosphere of Jupiter and cry out powerful polar lights, sometimes moving from the poles of the planet right up to the equator. In addition, scientists note that the role of the solar wind in the formation of the aurorae of Jupiter, in fact, more than previously thought.