The Australian radio observatory has joined searches of aliens 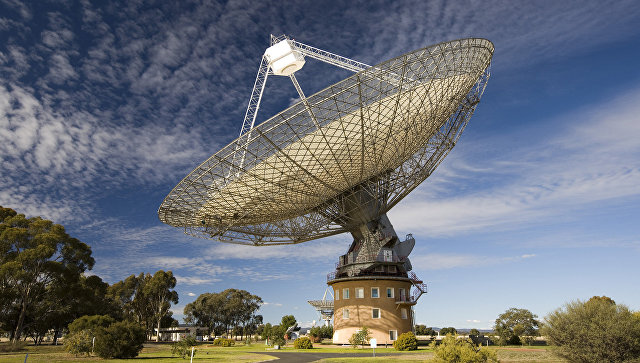 The Australian radio observatory Parks joined searches of alien mind within an initiative of Breakthrough Listen created by Stephen Hawking and Yury Milner.

“Addition of the telescope Parks in our arsenal, to the telescopes which are already connected to the project in Green-Banks and APF in observatory of the Face, is an important milestone in development of our project. These observatories are planet “ears” Earth, and now they listen to signals of alien civilizations” — Yury Milner whose words are transferred by the press service of CSIRO declared.

At the end of July of last year the Russian billionaire Yury Milner and the British cosmologist Stephen Hawking started an initiative of Breakthrough Listen within which Milner will allocate hundred million dollars for support of the project of search of extraterrestrial civilizations which will be constructed based on SETI practices.

Opening of the tender Breakthrough Message became one of the first actions of this project. Milner and his adherents suggested scientists to formulate from around the world the short message to aliens which would help us to find extraterrestrial life the method “by contradiction” — by its notification on our existence. The prize fund of the project constitutes one million US dollars.

In October and November of this year this project entered implementation phase – scientists and engineers of Breakthrough Listen established the devices developed by them for searches of alien life on the GBT telescopes and in observatory Parks, and also got support of scientific command of the largest radio telescope of the world of FAST, “the opened eye” in China recently.

This morning local time the telescope Parks began to conduct similar observations, having successfully passed two weeks of tests and checks. The next to us the zemlepodobny planet — the Proxima of b opened this summer and remote from us on only 4,2 light years will be the first purpose.

As scientists recognize, the probability of detection of intelligent life on it is extremely small, however a short distance to Proxima of b and conditions, very similar to Earth, and the sizes of this planet forced them to pay attention to it first of all. In the next five years about 25% of observation time on Parks 75% — to “serious” scientific research will be devoted to searches of newcomers, and.

What is interesting, the telescope Parks became known in the past what on it was opened by mysterious sverkhbystry radio splashes which unusual “artificial” nature didn’t find an explanation yet and which in principle can be peculiar radio signals of aliens in the Milky Way or flashes of magnetars in far galaxies.