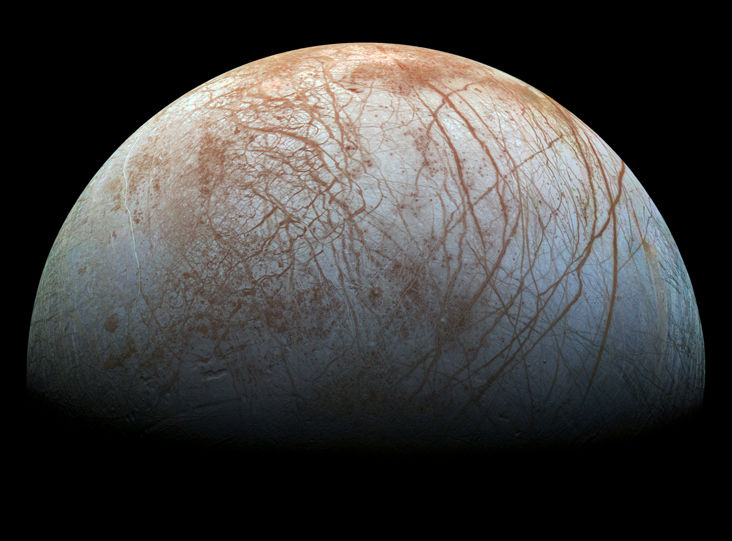 The ocean underneath the surface of Jupiter’s moon Europe might have the balance of chemical energy needed for life to develop, even despite the fact that there is no significant hydrothermal activity, according to a new study.

Scientists believe that under the icy surface of Europa lapping ocean of salty liquid water. In the new study, scientists from the jet propulsion Laboratory of NASA, USA, headed by planetary scientist Stephen Vance compared the potential to the formation of hydrogen and oxygen on Europa in processes not directly related to volcanism, with the same values of these capacities for our planet. The balance of these two elements is the main sign of the presence of energy on the planet, capable of going on the development of life. The result of this study it was found that these quantities are comparable in magnitude – on both these worlds in the Solar system oxygen is about 10 times more than hydrogen.

Previously, scientists believed that Europe produces more oxygen in relation to hydrogen than it actually is, so water the hypothetical subsurface ocean are acidic and unsuitable for life. In the new work, Stephen and his colleagues have shown that a sufficiently large amount of hydrogen can be produced at the bottom of the ocean Europe in the result of the interaction of ocean water with rocks cracks on the ocean floor, called serpentinization.

A study published in the journal Geophysical Research Letters.