The barycentre of the Solar system 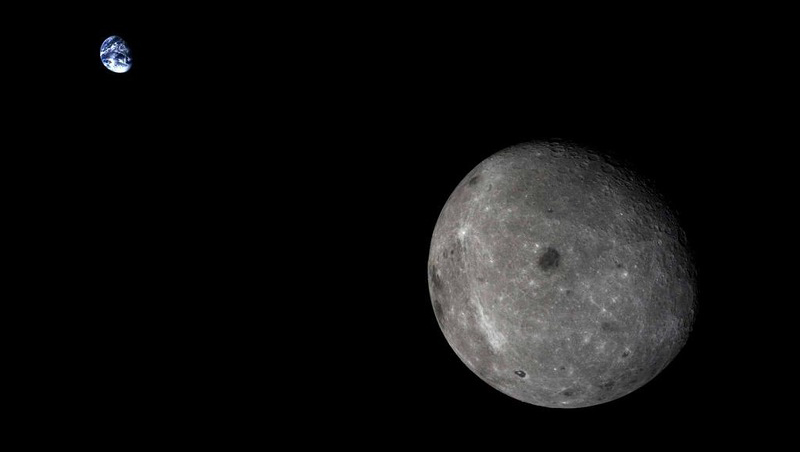 It is usually said that the moon rotates around the earth, and the Earth around the Sun. But this is not true. In the reality of the body revolve around a common center of mass simply because the mass and size of one of them on the order exceeds the weight and size of the other, this common centre of mass is generally located deep beneath the surface.

Take our planet. If you believe the background information, the weight of our Earth is about 5.9722±0.0006 * 1024 kg Unimaginable for the human figure, although the background of the giant planets and especially the Sun, this may seem like a small thing. The mass of the moon in 81.3 times smaller than the earth. The barycenter of the system lies at a distance of 4670 km from the center of the Earth beneath its surface. However it is worth mentioning that since the Moon is gradually receding from the Earth, the barycenter shifting through billions of years will go beyond our planet. 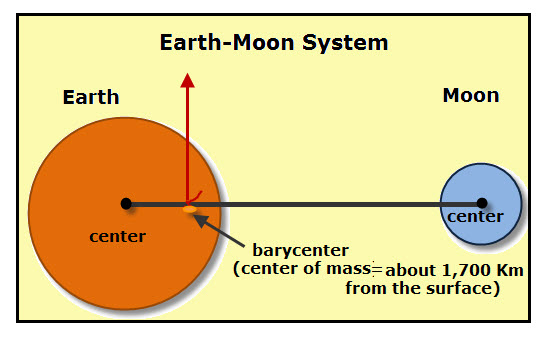 The case of Jupiter interesting. The combined mass of 317.8 times the mass of Earth. And that’s a lot. This is 2.5 times more than the mass of all other planets in the system combined. So Jupiter has to be considered even the Sun. From time to time, the barycenter of the pair is outside of the Solar surface — a distance of about 46 thousand kilometers (approximately 7% of the solar radius). If so desired, you could even say that Jupiter is so steep that revolves around the Sun.

But the most obvious example is Pluto and Charon. Their mass ratio of 8.3 to 1, the radii are 1187 kilometres or 606, respectively, the distance between them — 19.6 thousand kilometers. The barycenter of the system lies at a distance of 920 km from the surface of Pluto. In the good old days when Pluto was still considered a planet by some astronomers have proposed to give it the status of dual planet. In the animation you can see how the two bodies rotate around a single point in space.

And finally, we can mention the double asteroid Antiope. This is the case when the system consists of two approximately equal bodies: the first has a diameter of 88 kilometers, the second — 84 km.

The barycenter of this pair lies almost midway between them 80-kilometer gap.