The behavior of the mysterious star Tabby found a new explanation 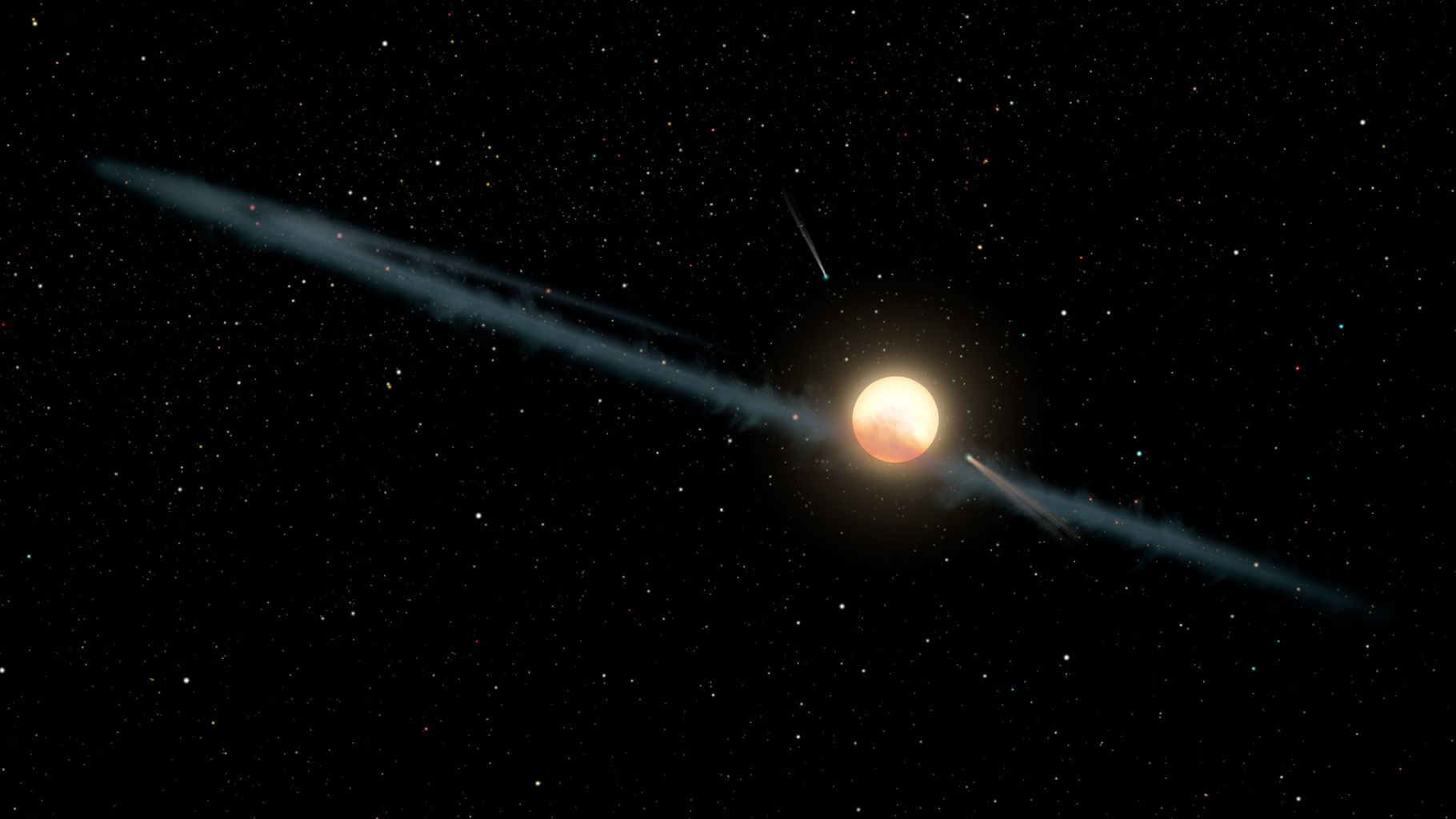 Strange brightness variations of the flickering star KIC 8462852, better known as Tabby, can be caused by slowly decaying exoluna in circumstellar orbit. An article explaining this hypothesis is published in the Monthly Notices of the Royal Astronomical Society.

Tabby is a yellow-white dwarf that is located about 1280 light years from Earth. It was first discovered in 2015, and since then Tabby has become a real headache for astronomers due to changing brightness. Such fluctuations in luminosity are usually explained by the passage of a planet in front of a star, but this is impossible in the case of KIC 8462852. The brightness of the mysterious star fell at different sizes (from 5 to 22 percent) and at irregular intervals. In addition, archived observational data have shown that the apparent magnitude of the Tabby steadily decreases with time.

Subsequent observations of a flickering star showed that when the brightness drops, the intensity of light radiation of different wavelengths decreased unevenly. This means that the light of the star cannot be blocked by an impenetrable solid object. This makes it possible to weed out some controversial hypotheses, for example, about the interplanetary ship of another civilization.

A comet swarm or a dust cloud could explain what was happening, but for such a decrease in luminosity, the total volume of comets or cosmic dust should be simply incredible. A group of scientists led by Brian Metzger from Columbia University has put forward its version. The flicker may be caused by a plunet – a wandering moon that has left the orbit of its planet and is slowly melting under the influence of a star. Such an object can throw dust and fragments of rock into space that rotate around the star before being absorbed by it, and cause fluctuations in the observed brightness.

Previously, scientists modeled a possible mechanism for the migration of moons from the orbit of gas giants, while the planet itself is approaching a star. Ultimately, these moons can be ejected from the planetary system or crash into a star, but according to the simulation results, about half of them turn into plunets, remaining in a certain circumstellar orbit.

Astronomers have already found a lot of stars with varying brightness, but none of them behaves like Tabby. To confirm their hypothesis, scientists need to find a few more stars that behave similarly. “We actually have no evidence that moons even exist outside of our solar system. But there’s nothing unusual in the moon that’s falling on a star, ”says Metzger.