The best place to build sandcastles 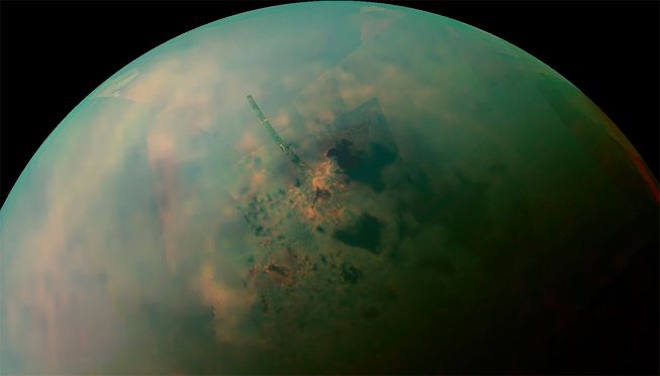 Titan, the largest moon of Saturn and the second largest in the solar system – the best place to build a sand castle, scientists believe.

Researchers studying the formation of the towering sand dunes of Titan, some of which reach a height of 90 meters, found that they are electrically charged and resistant to motor vibrations. Just as you generate static electricity, if you shave the balloon on your hair, Titan’s non-silicate pellets are charged when the wind carries them over the surface and becomes sticky.

“If you rake in a pile of granules and build a sand castle on Titan, it probably will stand for weeks because of its electrostatic properties,” says geophysicist and co-author Joseph Dyupek from the Georgia Institute of Technology (USA). “Any spacecraft that will land on a loose substance on Titan is unlikely to remain clean.” It’s like putting a cat in a styrofoam box. ”

Watch the video of the huge dunes of Titan made by the Cassini spacecraft.

To prove the theory of electrostatic sand, the researchers simulated the nitrogen-rich Titan medium using a pressure vessel. The scientists placed naphthalene and biphenyl granules in it, two hydrocarbon compounds believed to exist on the surface of the moon, and rotated the vessel for 20 minutes to recreate the average wind speed of 24 km / h. “All particles are well charged and about 2-5% of them are not shaken out of the vessel,” says research co-author Josh Mendez Harper. – They clung to the inside and glued together. When we conducted the same experiment with sand and volcanic ash, using earth-like conditions, all the matter spilled out of the vessel. Nothing was stuck. ”

The discovery also reveals one of the most mysterious secrets of Titan’s dunes. Despite the surface winds that blow from east to west, the dunes lean in the opposite direction. Electrically charged sand explains how this happens.

“The extreme physical environment of Titan forces scientists to look at the granular dynamics on the other hand,” Dufek added. – The relief is influenced by forces that are not intuitive to us, since they are not so important on the Earth. Titan is a strange, electrostatically sticky world. “