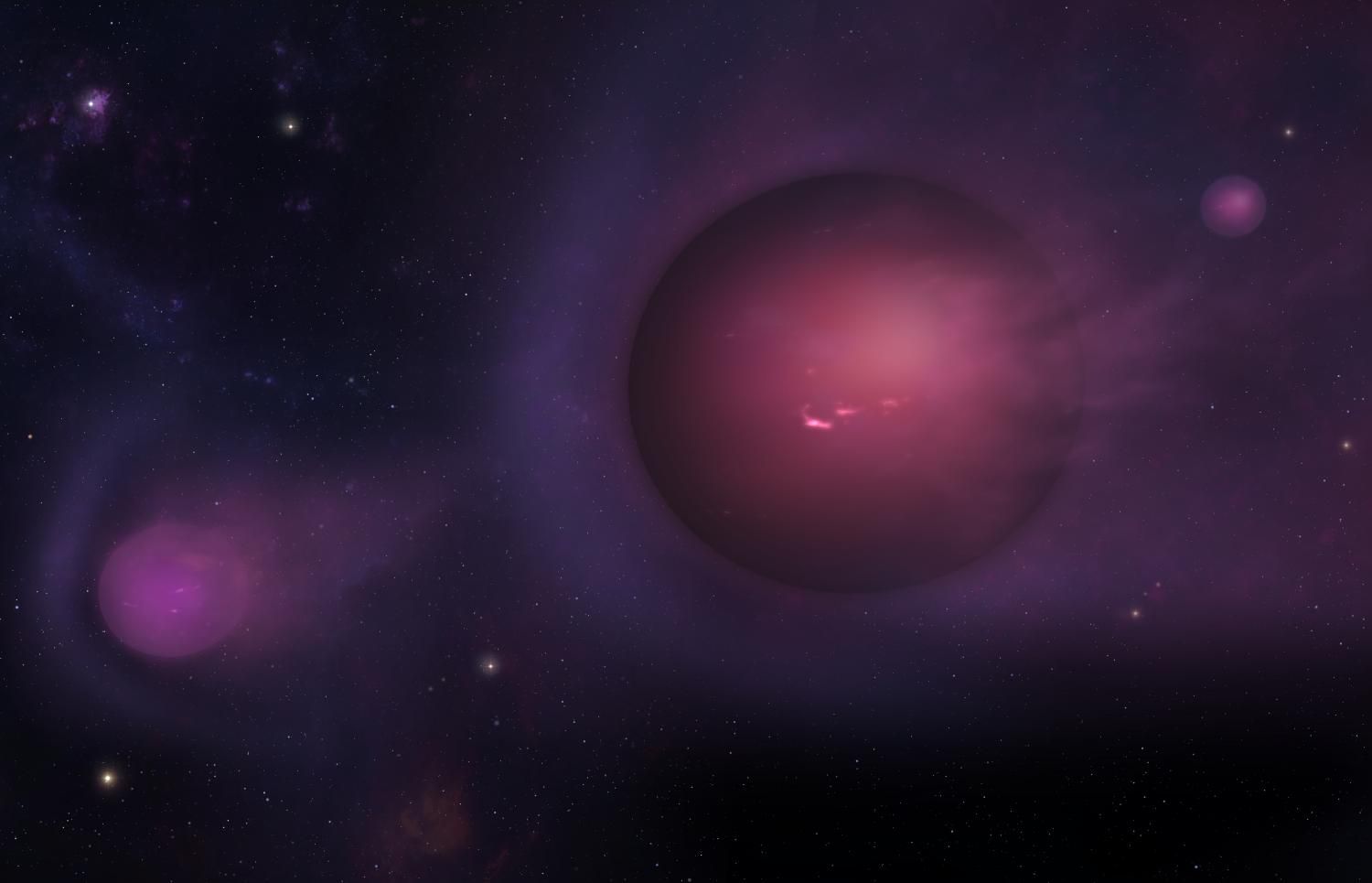 Every few thousand years to the Central supermassive black star in the milky way star approaching. The powerful gravity of the Central black hole of our Galaxy, tearing a star apart, emitting a long stream of gas out. It would seem that the story ends, but the new study argues otherwise. Scientists headed by Girmai Eden (Eden Girma), a student at Harvard University, USA, show that of this gas, coming from a black hole, formed objects of planetary size, which then continues to move through our Galaxy.

“One ripped apart a star can give rise to hundreds of objects with planetary masses. We asked the question: what happens to these objects then? How close they come to Earth? To answer these questions, we developed a computer program,” – said Girma.

Calculations Jermy and her team show that the coming of these objects of planetary masses can pass at a distance of several hundred light-years from Earth. Their weight will be in the range of the mass of Neptune to several Jupiter masses. These objects will also glow due to the heat of their formation, however, are bright enough that they can be seen with current surveys of the sky. Future survey instruments, such as telescopes, Large Synoptic Survey Telescope and the James Webb Space Telescope can distinguish these unusual objects in the sky.