The black hole was first visualized in virtual reality. 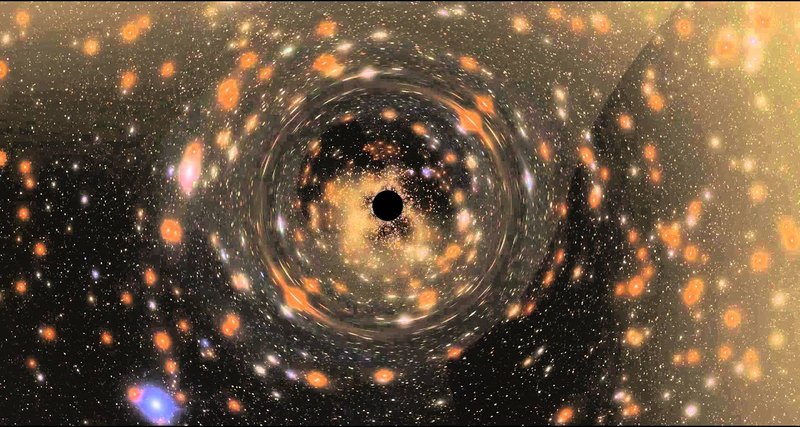 A group of researchers from the Netherlands and Germany created a visual model of what a black hole could look like in the center of our galaxy if we could look at it from different sides. Well, and if we could see something.

The results of the group were published in the journal Computational Astrophysics and Cosmology. To calculate and build the model, current astrophysical concepts were used. They were used to create a series of frames, on the basis of which a visual picture was then built visible from all sides.

According to one of the developers of the model, Georgie Dawelaar from the Dutch University of Radbud, the presented model creates one of the most realistic ideas about the immediate vicinity of a black hole and helps to learn more about its behavior in the long run. Traveling to a black hole in our lives is impossible, so exciting visualizations like this can help us better understand the development and behavior of supermassive black holes.

The video created by the authors of the work on its results.

According to modern concepts, Sagittarius A * is a supermassive black hole located in the center of the Milky Way, with a mass of about four million solar. Watching it directly, like any other black hole, is impossible, but you can follow its immediate surroundings. The first observations of them in the radio range, made in 1974, are considered the moment of the discovery of the object.