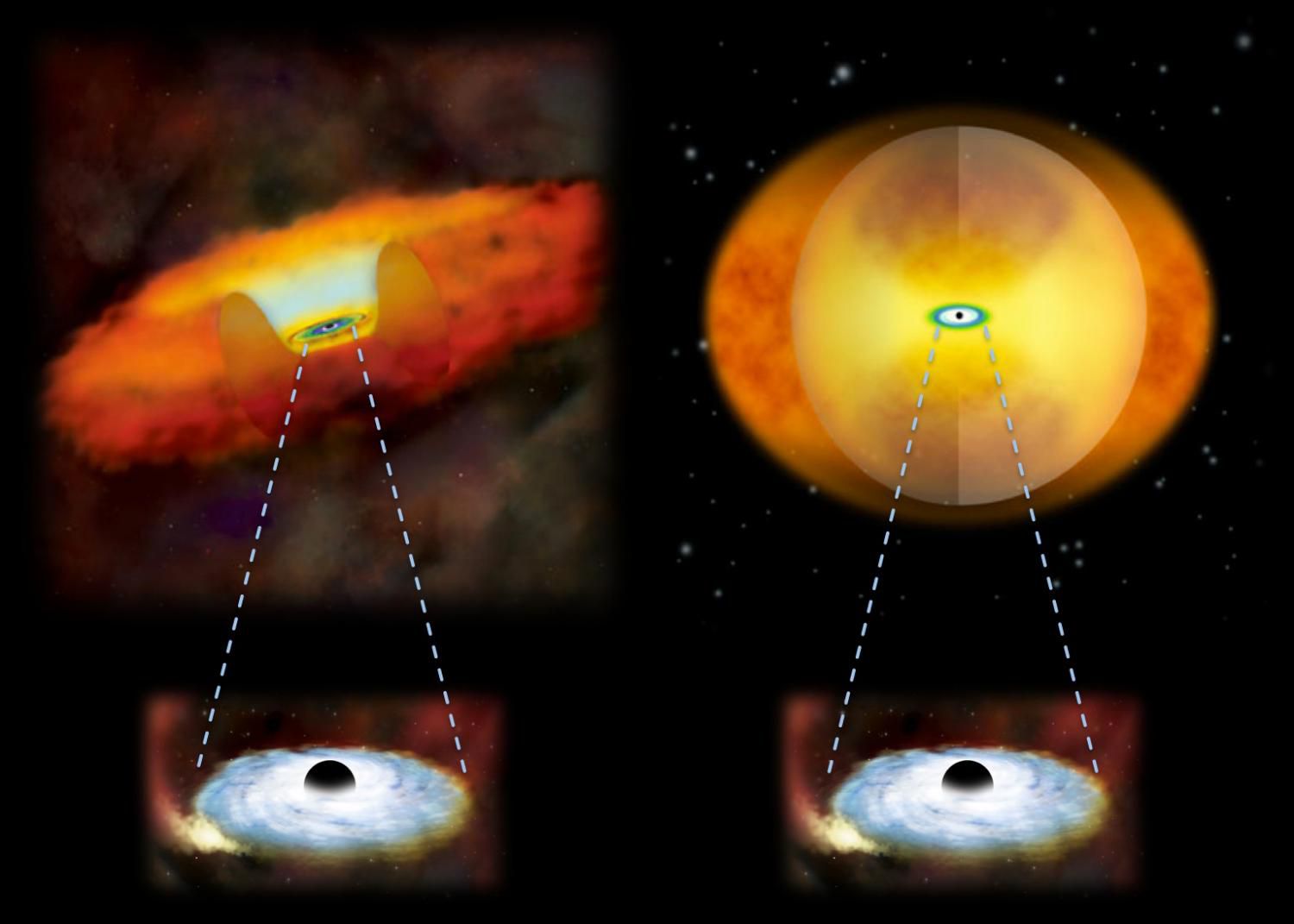 Black holes have gained notoriety in popular culture for their habit of absorbing everything that gets into their neighborhood. In fact, stars, gas and dust can orbit around black holes for extended periods of time, until a giant perturbation leads to entrainment of the material inside.

The combination of two galaxies is one of the varieties of such perturbations. When the two galaxies unite, and their black holes approach each other, gas and dust rush towards the black holes. This generates a huge amount of energy, and the material begins to fall on the “hungry” black hole, forming what is called the active core of the galaxy.

A new study using NASA’s NuSTAR space telescope demonstrates that in the last stages of galaxy merges in the direction of a black hole, so much gas and dust is falling, so that the extremely bright active core of the galaxy is enveloped in a “cocoon” of gas and dust. The combined gravitational influence of two galaxies leads to a decrease in the rotational speeds of gas and dust, which otherwise would rotate around the black hole freely. This loss of energy leads to the fact that the material falls on a black hole.

“The deeper the collision develops, the more dense cloud of gas and dust the active core of the galaxy becomes enveloped,” said Claudio Ricci, the principal author of the new study. “Galaxies, which have been combined for a very long time, are almost completely enveloped in dense clouds of gas and dust.”