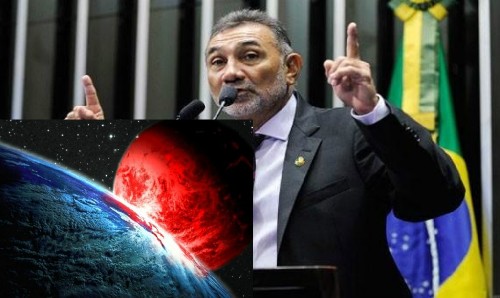 Brazilian Senator Telmario Mota at a meeting of the Senate on May 25 said that the planet is in danger of mortal danger and specified that in October 2017 our planet will suffer from approaching to it a planet known as Planet X or Nibiru.

“I got information from reliable sources at NASA, which I trust. NASA is aware of the approach of Planet X or, as it is also called “Nibiru”. The world as we knew it will soon cease to exist. The history of human civilization will soon end, “- said the senator.

“Planet-X already has an impact on the gravitational field of the Earth, the world is already facing natural disasters of unprecedented strength, very soon two-thirds of humanity will die of hunger and disease, and powerful disasters will shake the planet and our civilization will die,” Telmario said, On secret information received from NASA.