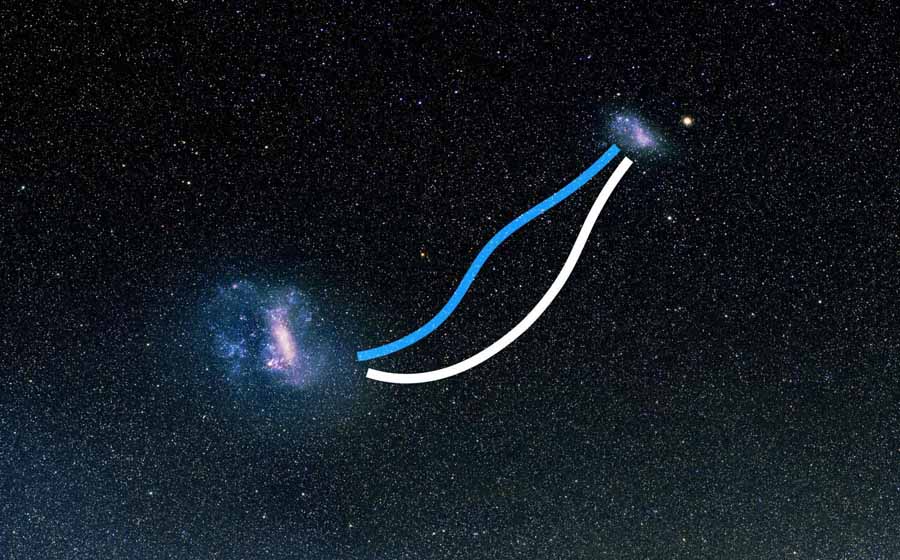 The Magellanic Clouds, the two largest of the dwarf galaxy satellites of the milky way is probably connected by a bridge, which stretches approximately 43000 light years, according to an international team of astronomers under the guidance of researchers from the University of Cambridge, USA. This discovery is based on the view of the sky called the Galactic stellar census, conducted with the help of a telescope “Gaia” (Gaia) European southern Observatory.

During the last 15 years, scientists have eagerly anticipated scientific data from the satellite “Gaia”. The first data obtained with this apparatus were published about three months ago and are since then freely available. This data set of unprecedented quality represents the directory containing the coordinates and brightness of about one billion stars of our milky way galaxy and its environs.

A team of scientists from the University of Cambridge under the direction of Vasily Belokurov discovered the “jumper” from the variable stars of the RR class of the Lyre, a very ancient and chemically weak, evolving, between the two famous galaxies satellites of the milky way, the Large and Small Magellanic Clouds. This jumper could be generated from the blend of stars and flow of gas from one of these dwarf galaxies in the other, and its discovery gives the opportunity to obtain valuable information about the orbits of the Magellanic Clouds around the milky way. In addition, the measurement of the backlog of gas from the jumpers that are under it stars passing through the hot corona of our Galaxy, the Magellanic Clouds may give information on the density of the crown Galaxy at large distances from its center, and this, in turn, may help to resolve long-standing puzzle associated with the lack of baryonic matter in our galaxy, the milky way.