The brightest astronomical events of this winter 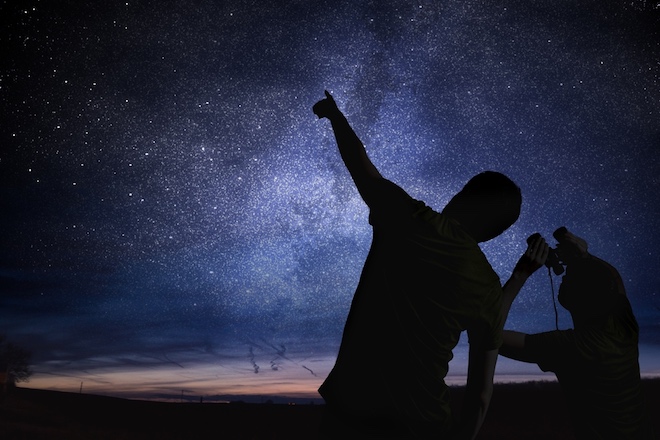 Winter can boast the longest nights of the year, which creates ideal conditions for observing the sky in the Northern Hemisphere. Many astronomical events at this time of year can be seen without a telescope, with the naked eye.

Ursids are a small stream that produces up to 10 meteors per hour during peak on the night from Thursday 21 December, to Friday, 22 December.

Occasionally Ursids can explode with 100 meteors per hour, but this is not expected this year. However, the conditions for observation will be very favorable, since the flow reaches a peak just a few days after the new moon. Natural light pollution will be very small, which will allow eyewitnesses to see and dim meteors.

2. The meteor shower of the Quadrantids: January 3-4.

The new year 2018 will begin with a major meteor shower of Quadrantida, which will peak in the first days of 2018. Unlike many other stellar rains, the Quadrantid culmination lasts less than 24 hours. Therefore, if you miss the flow on the night of its peak, you will miss it completely.

In 2018, the quadrantide peak is expected on Wednesday, January 3, and until early Thursday morning, January 4. Eyewitnesses counted up to 100 meteors per hour during the Quadrantid climax, but this year everything may be wrong. Light contamination from an almost full moon will make it difficult to distinguish between dim meteors, because of which the speed of the stellar rain will be reduced to 25-50 meteors.

In January, you will see a rare astronomical event – the Blue Moon will coincide with the super moon. Both January moons will be Superlunas and will appear bigger and brighter than the usual full Moon.

The full moon on January 31 will also receive the nickname “Blue Moon”, since it is the second full moon for one calendar month.

A total lunar eclipse can be observed in East Asia, Australia, Alaska and northwest Canada. A number of regions of Asia and North America will see a partial eclipse.

This is the first time that a full lunar eclipse will occur during the Blue Moon from December 30, 1982.

4. Parade of the planets in the pre-dawn sky: March 8

Those who like to get up early will meet the parade of planets in early March. Jupiter, Mars and Saturn will line up every morning until dawn. On March 8, the Moon will be added to them, appearing between Jupiter and Mars in the southern sky.
Pluto will also join the parade and will be visible just below and slightly to the left of Saturn.

5. Mercury forms a pair with Venus after sunset: March 15

The planet, which is most difficult to notice with the naked eye, will be visible right after sunset in mid-March. Mercury is difficult to see because of its proximity to the Sun, but on March 15 it will reach the point of maximum eastern elongation. This means that it will appear at the largest distance from the Sun and therefore will be visible after sunset.

You can see Mercury in the western part of the sky, within 75 minutes after sunset. Venus also appears in the western sky, making it easier to search for the elusive Mercury.