The brightest supermoon for the next 18 years approaches 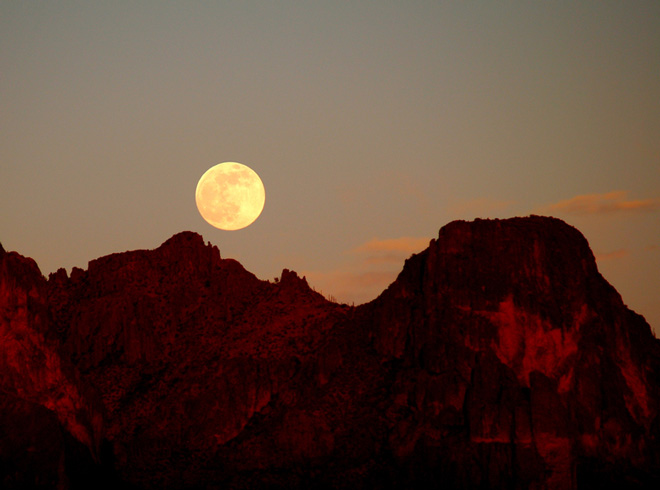 Slightly more than a week remained to the brightest supermoon which was already christened “extra-supermoon”. Though the supermoon in general isn’t an unusual occurrence, what expects us on November 14, will have a number of features because of what the Moon will seem to observers from Earth extraordinary big and bright. CUT$ a similar “astronomical show” could be observed Last time on January 26, 1948, and next time — only on November 25, 2034, Huffington Post reports.

Only bad weather can interfere with observations of this impressive astronomical phenomenon. On condition of good visibility it is only enough to raise eyes to the night sky to become the witness of a supermoon.

The term a supermoon is used, speaking about the full moon period when the natural satellite of the planet appears in the closest point of the elliptic orbit in relation to Earth. Astronomers call this point a perigee (the point, most remote from Earth, is called apogee).

According to information of NASA, during a supermoon the satellite of the planet can seem to observers from Earth 14% more and 30% more brightly, than the full Moon in apogee. The effect is swept most up at observation of the Moon rising over the horizon.

Present supermoon — one of three which can be observed in the last three months 2016. The previous supermoon has taken place on October 16, and the last this year — on December 14.