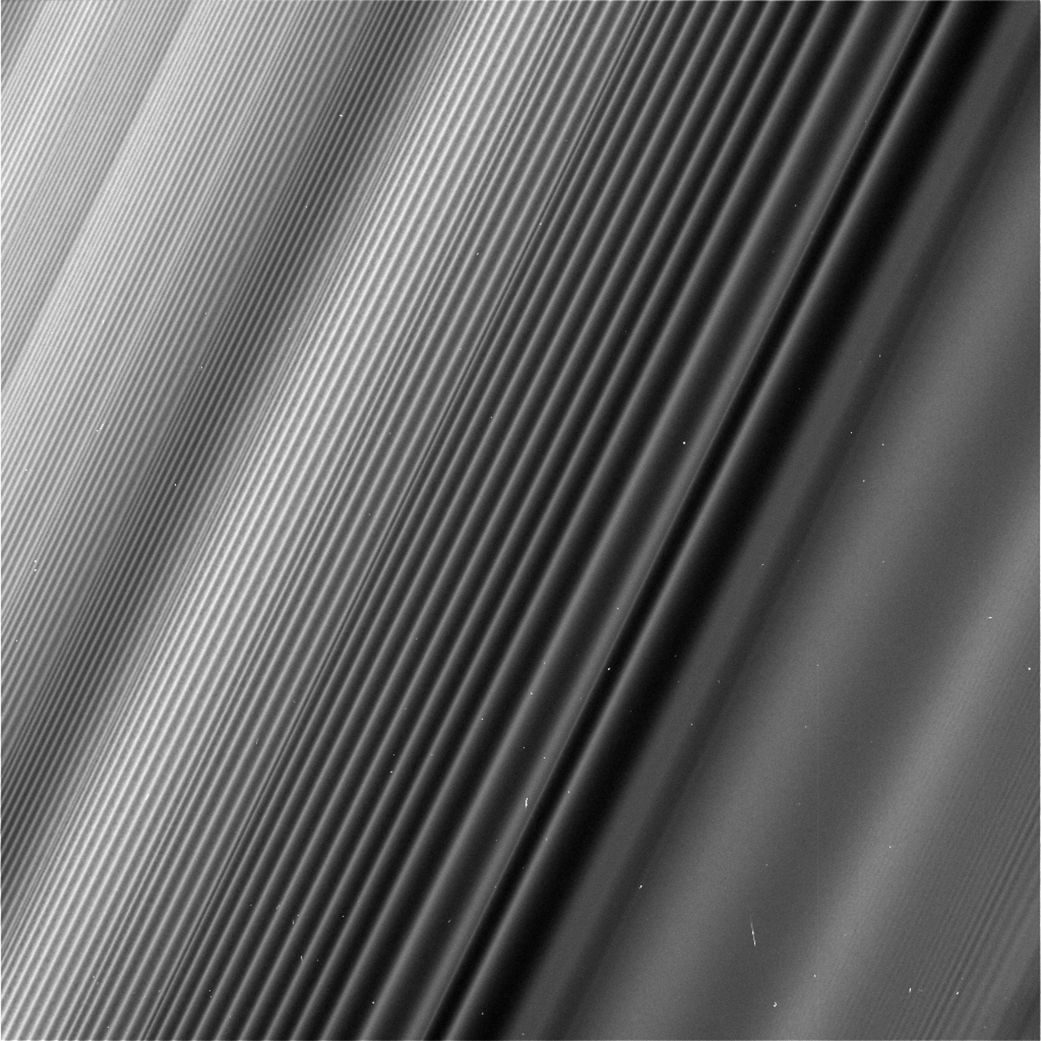 This view, captured with NASA’s Cassini spacecraft (“Cassini”), shows a wave structure in the rings of Saturn, called a spiral density wave generated by an orbital resonance of 2: 1 with Janus (one of Saturn’s satellites). Spiral density waves in Saturn’s rings that arise during the course of the same processes, as a result of which spiral galaxies are formed, are “wound” much denser than the spiral arms of galaxies. In the case of density waves presented in this picture, every second wave crest is actually part of the same “spiral arm” as the previous crest, since one such “spiral sleeve” wraps the planet several times.

This is the only large density wave observed in the B ring of Saturn. Basically, in the ring B, structures predominantly located in those zones where, in case of their absence, density waves should have been formed, however, the extreme inner part of ring B differs in structure from its main part.

The distance from Saturn, on which this wave begins (the lower right corner of the image), is 96233 kilometers. At this distance, the particles of the substance of the ring make two turns around Saturn in the same time that Janus makes one revolution around the giant planet, which leads to the appearance of orbital resonance. This wave propagates in the direction of the distance from the resonant orbit (and from Saturn), toward the upper left corner of the image.

This picture gives the illusion that the plane of the rings is inclined at an angle to the camera, but in fact this effect is due to the peculiarity of the propagation of density waves, which consists in the fact that their length decreases when moving away from the resonance orbit.

This picture was taken on June 4, 2017 with the help of a narrow-angle camera of the Cassini spacecraft from a distance of 76,000 kilometers from the zone depicted on it.