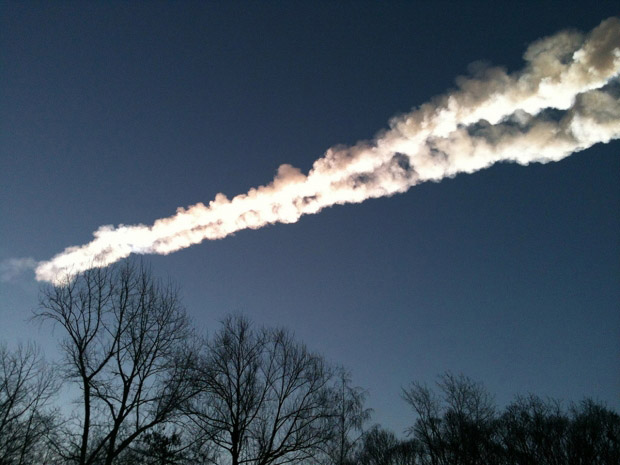 The Chelyabinsk meteorite fell to Earth on 15 February 2013, and its fall was accompanied by a series of explosions at the entrance to the dense layers of the atmosphere. Scientists exploring the wreckage of a meteorite said that he fell to the Ground after a collision with another cosmic body.

Found the remains of the meteorite were found traces of melting, which was caused by intense heat. This process occurred before the meteorite entered the Earth’s atmosphere.

The unusual shape of the melting residues does not correspond to the effect of the atmosphere of the Earth, this form can only be explained by an earlier impact with another cosmic body or very close passing next to him. Moreover, the melt is so significant that can be explained even with Sun exposure, and therefore, the asteroid passed close to our sun.

In addition, the researchers found in the composition of the meteorite platinum group elements, as an alloy of osmium, iridium and platinum, that are still in such facilities are not met. These traces are evidence that the Chelyabinsk meteorite collided in space with another space object.