The Chinese astronaut has told about strange sounds in space 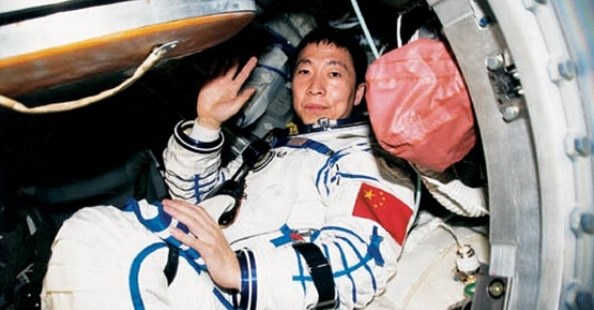 The first Chinese astronaut Jan Liwei has told TV reporters about the strange incident which has happened to him during his space flight in 2003.

During the interview, shown on the Central television of the People’s Republic of China (CCTV), the astronaut has told about an unusual sound which Jan Liwei has heard in the time spent for an orbit, writes “Zhongguo жибао”.
“At some point I have heard sharp knock which has appeared suddenly and has so suddenly disappeared. Soon the knock has repeated, I began to listen therefore I managed to establish that the sound proceeds not from the spacecraft.

I then was a little frightened, have reported about it to Earth. In a window nothing unusual was succeeded to notice” — Jan Liwei has told.

Having carried out several tens of inspections, technicians have told the astronaut that the uncharacteristic sound won’t influence flight. After return to Earth, experts have examined the spacecraft, however it wasn’t succeeded to establish a sound source.

Technicians have tried to recreate similar knock, however the astronaut hasn’t heard what he heard in an orbit.
“Before starts of the piloted Shenchzhou-6 and Shenchzhou-7 ships I talked to crews and have warned them about possible emergence of unusual knock. However other astronauts so have heard nothing” — the first Chinese astronaut has added.