The closest to the Sun asteroid 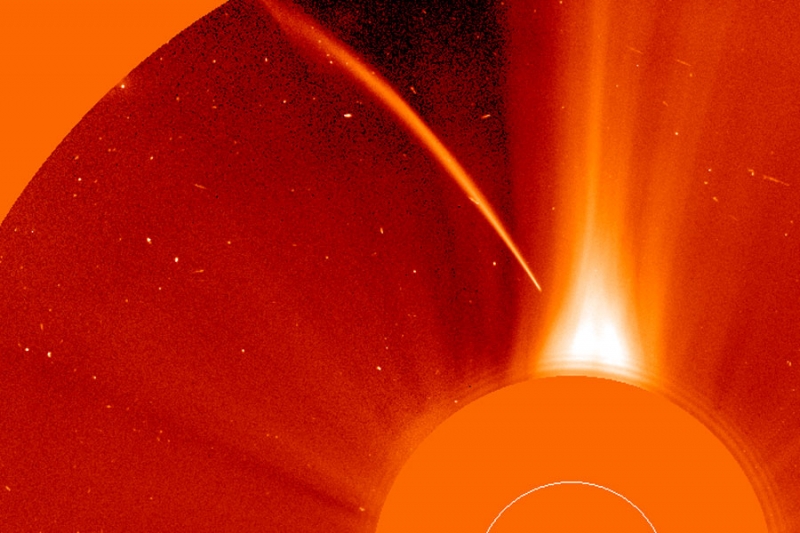 The object 322P/1 SOHO opened SOHO Observatory in 1999 and classified as a comet. In favor of this was also proved by its very elongated orbit and that when closer to the Sun, the object showed cometary activity. But recently an article was published, which the authors argue that 322P/SOHO 1 rather an asteroid.

In favor of this are observations from ground-based telescopes and the Spitzer telescope. According to them, the period of rotation 322P/SOHO 1 around its axis is only 2.8 hours, which is more like asteroids than comets. Spectrum and color of the surface 322P/SOHO 1 also correspond to the asteroids classes q and v. And most importantly, the average density of the body exceeds 1 g/cm3, while the comets have an average density less than water.

As for activity during the observations, astronomers were unable to detect it. In their opinion, the previously observed activity may be due to other causes than in the case of comets. If they are right, 322P/SOHO 1 it is not a comet and asteroid. Of course, we should not forget that as in many other areas of astronomy, the classification of comets and asteroids has been notably eroded, and it is difficult to find a clear boundary separating one category from the other bodies. 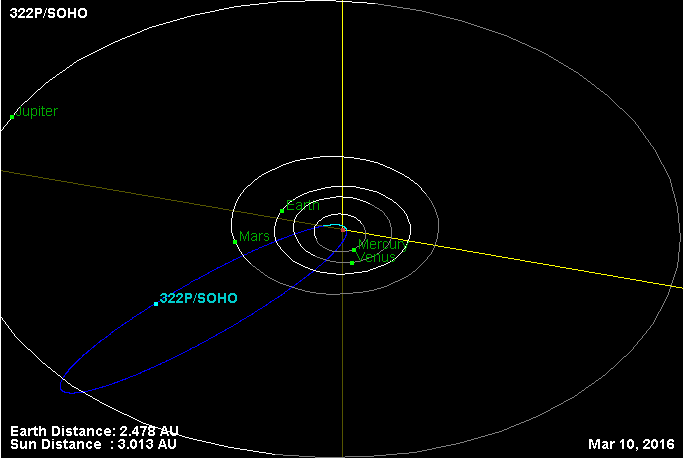 What do we know about 322P/SOHO 1? Its diameter is estimated at 200 meters. In apohele body manage from the Sun is almost 5 and.e., and at perihelion approaches him on the minimum distance of 0.053.e. or 7.9 million kilometers. At the time of closest approach, the temperature on its surface exceeds 700 degrees Celsius. If 322P/SOHO 1 recognize the asteroid, then he will be awarded the title of most closely approaching to the Sun like object. Now this title holds 2005 HC4. This asteroid is approaching the Sun at a minimum distance of 10.5 million kilometers.