The clouds of Jupiter are more complex than it seems 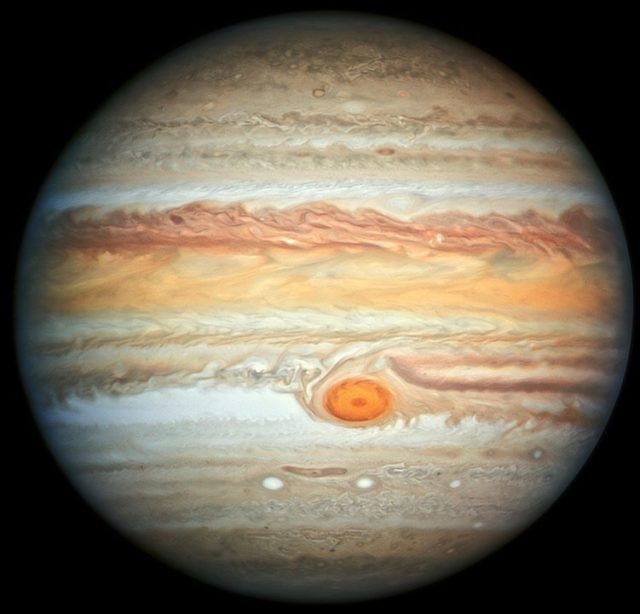 When viewing the pictures of Jupiter, it may seem that its clouds form a flat surface, but this is not so. Some of them rise above the surrounding cloudy peaks. For example, two bright spots to the right of the center of the image are much higher than the surrounding clouds.

The atmosphere of Jupiter is a colorful, chaotic mixture of streams and vortices. Thanks to NASA’s Juno spacecraft, we know that the swirling clouds of Jupiter can extend deep into the planet up to 3,000 km.

The atmosphere of Jupiter is the deepest of all the planets of the solar system. Jupiter does not have a solid surface, but it is believed that its atmosphere ends at a point where the pressure reaches 100 kPa (1.0 bar). Although what scientists call the cloud layer may have a depth of only about 50 km, the atmospheric bands of Jupiter can extend much deeper.

The atmosphere and internal structure of Jupiter is very complex. How deep the storms of Jupiter extend has been a mystery for decades. Juno was able to measure them using the Gravity Science tool.