The Cold Front in the Perseus Cluster 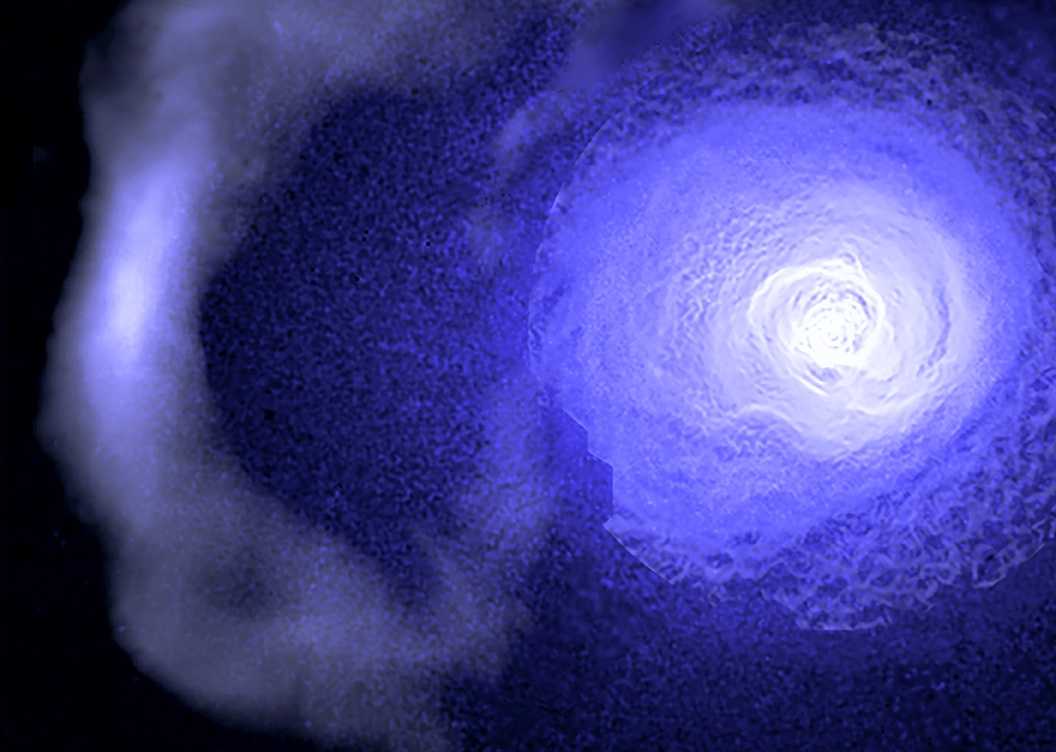 A colossal spiral of cold gas in the Perseus cluster stretches for millions of light years, moves at a speed of thousands of kilometers per hour, but remains stable for billions of years.

The X-ray space telescope Chandra observed a colossal “cold front” in the Perseus Cluster. The structure, stretching for two million light years, remains stable for more than five billion years (it is older than the solar system) and moves at a speed of almost 500,000 km / h. About this Stephen Walker (Stephen Walker) and his colleagues write in an article published in the journal Nature Astronomy.

Clusters of galaxies are one of the most massive elements of the large-scale structure of the universe. Gravity holds hundreds together, and in the case of the Perseus Cluster, many thousands of individual galaxies. The core core of Perseus contains a mass that is hundreds of times larger than the Milky Way, and is surrounded by an extremely rarefied gas cloud, heated to 80 million degrees Celsius.

Back in 2012, this gas saw a fast moving “cold front”, the temperature of which did not exceed 30 million degrees Celsius. With earthy weather, it has little in common: the structure was formed during the close interaction of the heavy core of Perseus with a less massive cluster. At its flight near the nucleus, a long “bridge” of the gas cloud stretched out, which was twisted by a rapidly expanding spiral.

It is clear that the movement of the “cold front” is accompanied by turbulent phenomena, complex interactions with gas clouds and the supermassive black hole of the galaxy located in the center of the Perseus Cluster. Nevertheless, new observations have shown that the structure remains stable exceptionally long and retains a pronounced front. 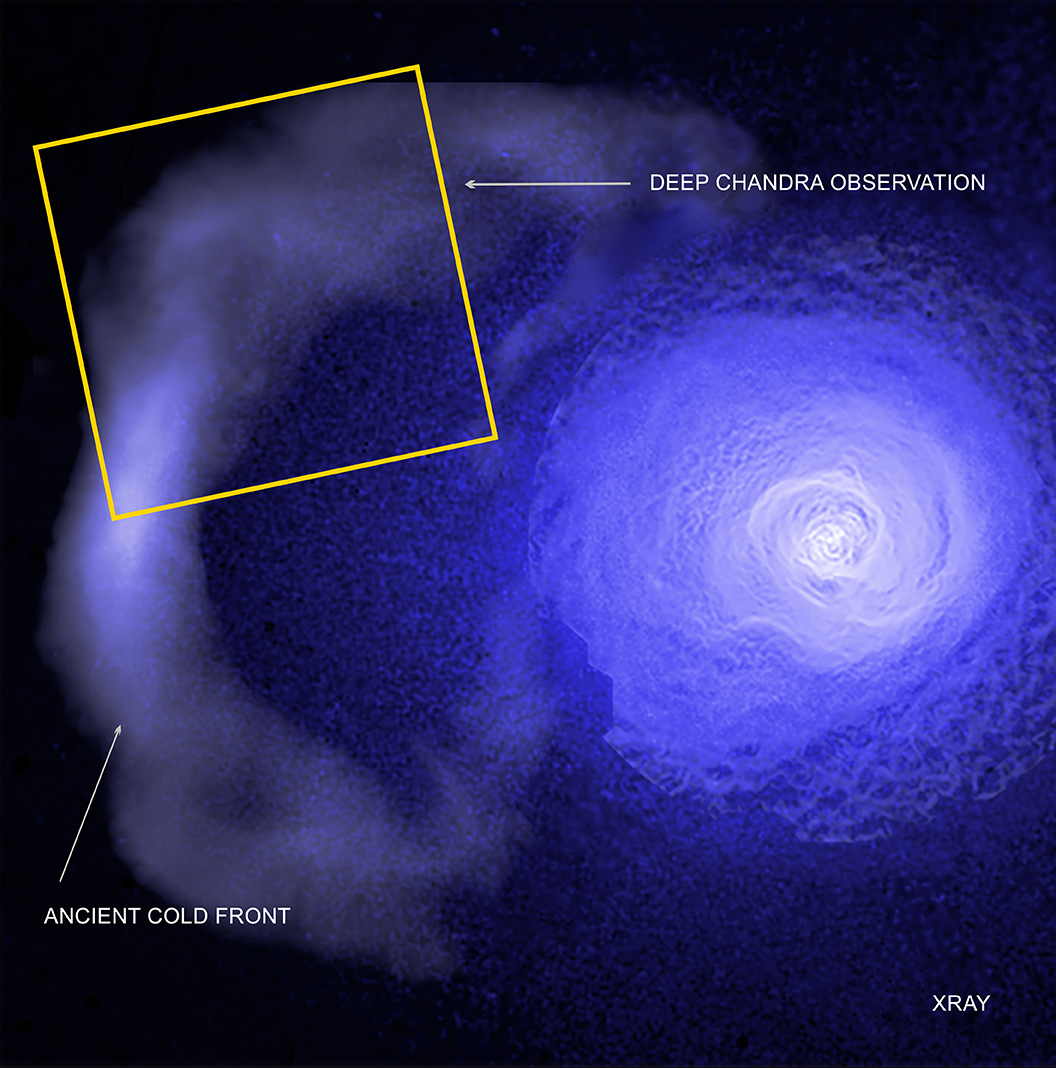 This stability, apparently, is connected with the action of the magnetic fields of the “cold front”, which serve as protection against restless external forces. According to scientists, their strength is an order of magnitude higher than that of the magnetic fields surrounding the gas clouds – although millions of times weaker than conventional magnets in our refrigerators.