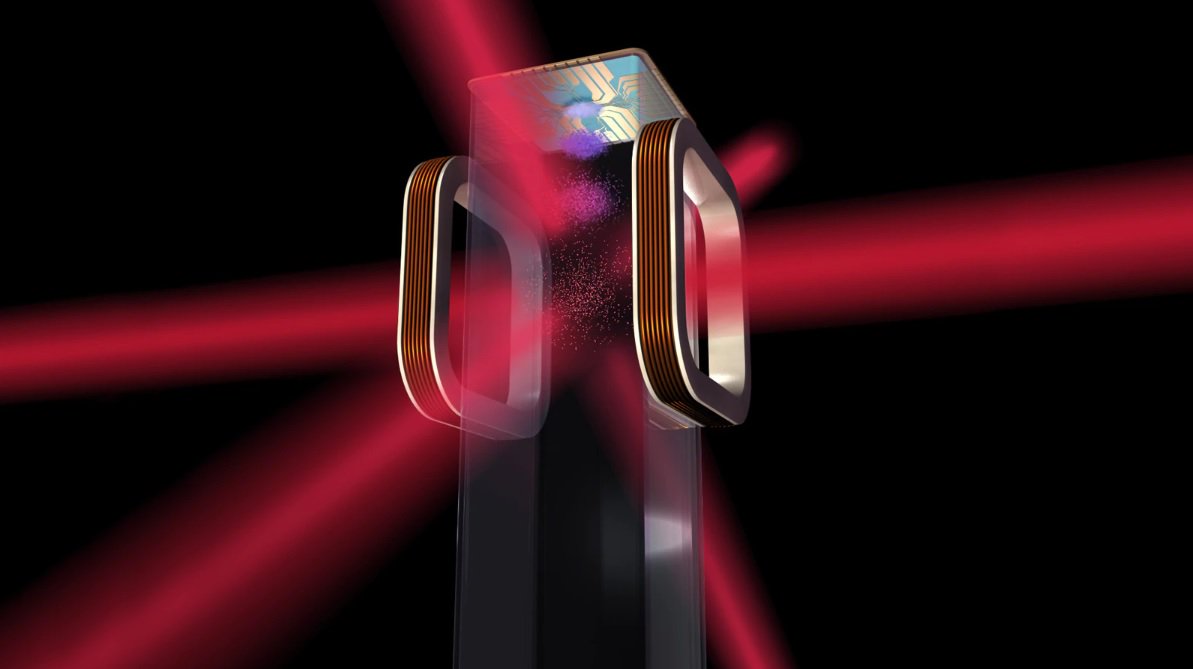 With the help of Orbital ATK’s Antares booster rocket, the NASA aerospace agency sent equipment to the International Space Station to carry out an experiment on extreme cooling of matter. The Cold Atom Laboratory project (CAL) is designed to reach a temperature that is 10 billion times lower than the vacuum temperature. This is necessary to obtain a Bose-Einstein condensate-a group of a large number of atoms that exhibit quantum properties at a macroscopic level.

The experiment consists of several instruments, such as a box, lasers, a vacuum chamber and an electromagnetic “knife”. All this is designed to work with atoms, namely – to cool them to a temperature that is closest to absolute zero than ever. If successful, the experiment will help to slow down their speed to the longest at the time.

At an absolute zero of -273.15 degrees Celsius (0 kelvins), the atoms of matter completely stop moving, which, however, is unattainable in practice because of zero-point vibrations-quantum fluctuations that occur when the system reaches a minimum energy state. Such an effect is observed when creating a Bose-Einstein condensate consisting of bosons-particles that can occupy the same quantum state, that is, become indistinguishable from the point of view of the experimenter. Since all particles are capable of reaching a minimum energy level, the entire condensate ceases to interact with the atoms of the surrounding substance, as a result, for example, the friction force disappears and superfluidity arises.

Microgravity on board the ISS will allow monitoring of the Bose-Einstein condensate during a record long period of time – 10 seconds.

“The study of these hyper-corpuscular atoms can overturn our understanding of matter and the fundamental nature of gravity. The experiments we will be carrying out with CAL will help us better understand gravity and dark energy – some of the most common forces in the universe, “commented Robert Thompson, a CAL project scientist at NASA’s Jet Propulsion Laboratory.

Quantum effects that appear in the Bose-Einstein condensate, including superfluidity, can be used to efficiently transfer energy and create superconducting devices, as well as quantum computers and ultra-precise atomic clocks with laser cooling.

Cold Atom Laboratory was launched on board a private cargo spacecraft Cygnus on Monday, May 21. In addition, equipment for sequencing the genomes of microbes found on board the ISS was sent to the ISS, as well as a manual sextant to determine the position of the station by the stars.