The collision of two galaxies has formed a cosmic eye 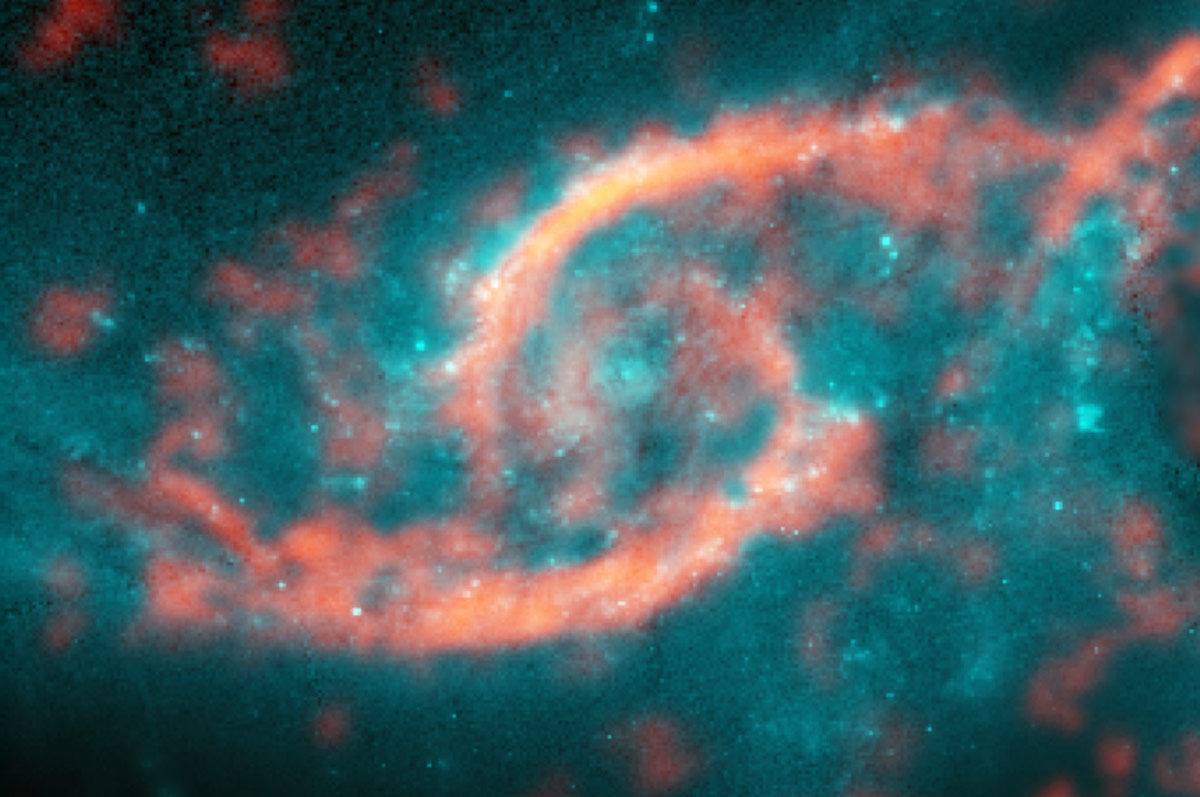 Astronomers using a radio telescope Atacama Large Millimeter/submillimeter Array (ALMA) have revealed flows of gas and stars swirling within the disk of a spiral galaxy IC 2163. This colossal wave of matter formed when the galaxy IC 2163 recently crashed into another spiral galaxy called NGC 2207 – led to the emergence of the dazzling areas with a high density of star formation in the form of arcs, which resemble the upper and lower eyelid.

“Although the collision of galaxies of this type represent a not uncommon, but the result of a collision in the form of “eye” we see only a few of the known cases of this kind,” said Michelle Kaufman (Kaufman Michele), astronomer, who previously worked in the Ohio state University, USA, and lead author of the new study.

This interacting pair of galaxies is located at a distance of about 114 million light years away towards the constellation Canis major. These galaxies passed close to each other, only lightly touching each other’s sleeves – although ultimately they expect the merger, the scientists write.

Using the ALMA telescope team Kaufman made a detailed measurement of the movement of carbon monoxide within these formations of stars and gas is reminiscent of “forever.” Carbon monoxide indicates molecular gas, which is material for star formation.

These data showed that the gas is directed to the center of the galaxy IC 2163 at a speed of over 100 kilometers per second. However, the promotion of gas inside the galaxy, its speed decreases and it starts with the rest of the material in this galaxy moving in a spiral.

Currently, the authors continue to explore “forever”, formed in these galaxies, in an attempt to find out whether the different properties are located within these “age” of molecular clouds and star clusters differ from the properties of similar properties located in other parts of the galaxies.